Parents of five adoptive children were present in court on Thursday in support of a Catholic adoption agency in Michigan that is threatened with closure by a new state policy. 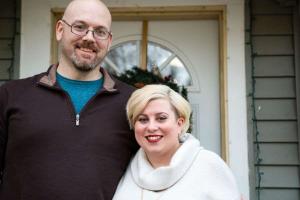 Lansing, Mich., (CNA) - "Political grandstanding should never come at the expense of vulnerable children," stated Melissa Buck, who with her husband Chad has adopted five children with special needs through St. Vincent Catholic Charities in Michigan.

Buck was speaking out against a new state requirement that adoption agencies match children with same-sex couplesâ€"regardless of the agencies' religious missionâ€"in order to receive state funding.

"No one has ever been kept from adopting or fostering a child in need because of St. Vincent's religious beliefs," Buck stated on Aug. 22 after oral arguments in Buck v. Gordon, the challenge to Michigan's new policy, at the Western District Court of Michigan in Grand Rapids.

Kristy and Dana Dumont, a same-sex couple seeking to adopt a child out of foster care, said they were referred elsewhere by St. Vincent Catholic Charities and Bethany Christian Services in 2016 and 2017 when they tried to adopt children through them. The ACLU filed a lawsuit against the two organizations on their behalf.

St. Vincent is one of the oldest adoption and foster care agencies in the state, according to the Becket Fund for Religious Liberty, which represents the agency.

The State's health department opened investigations into the complaints. Then on March 22, 2019, the state's new Attorney General, Dana Nessel, settled with the ACLU and required all adoption agencies to match children with qualified same-sex couples in order to receive state funding.

Nessel, a self-identified lesbian, once represented a same-sex couple April DeBoer and Jane Rowse in their fight to marry and adopt children; the case eventually made it to the Supreme Court as part of Obergefell v. Hodges, the landmark 2015 decision that mandated the legal recognition of same-sex unions as civil marriages nationwide.

The settlement reversed a 2015 state law that protected religious-based adoption agencies from having to match children with same-sex couples if they were morally opposed to doing so.

Becket filed a lawsuit on behalf of St. Vincent Catholic Charities as well as people who have benefitted from their workâ€"Shamber Flore, a former foster child placed with a family by St. Vincent, and Melissa and Chad Buck, a married couple who adopted five children with special needs through St. Vincent.

After oral arguments on Thursday, Buck shared her personal story of working with St. Vincent to adopt five children with special needs.

"It's the best and the hardest thing we've ever done, and there were challenges that we weren't equipped to face on our ownâ€"but we were never alone. St. Vincent was there for us every step of the way, at all hours of the day or night, for anything we needed, even if it was for just a shoulder to cry on," Buck said.

"We chose to foster and adopt through St. Vincent because the faith and values that motivate their ministry make them the very best at what they do, particularly finding homes for the children who need it most."

Becket said that in 2017, St. Vincent "recruited more adoptive families than nearly 90 percent of the other agencies in its service area."

Lori Windham, senior counsel for Becket, wrote in an op-ed for The Detroit News that "already, Washington, D.C., Boston, San Francisco, Buffalo, and the state of Illinois have forced faith-based adoption agencies to close, and several more agencies are entangled in court battles, all amid a nationwide adoption and foster care crisis."

"That crisis is only growing worse as with children flooding into the system, their lives the collateral damage of an opioid epidemic," Windham wrote.