A priest in Downingtown, Penn., a suburb west of Philadelphia, was arrested yesterday for stealing roughly $100,000 in church funds over six years to fund his New Jersey beach house and sexual encounters with men among other personal expenses, authorities have reported. 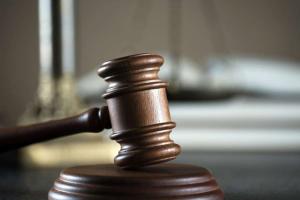 Philadelphia, Pa., (CNA) - Rev. Joseph McLoone, 56, was removed as pastor of St. Joseph's Parish in Downingtown and placed on administrative leave in early 2018, shortly after his secret account of stolen funds, which he had named the "St. Joseph Activity Account", was discovered by the Archdiocese of Philadelphia.

"Monsignor McLoone was the only signer on this account and he acted alone with respect to all of the account's activity," the Archdiocese of Philadelphia said in a statement released Wednesday.

"Off book accounts are in violation of standard Archdiocesan financial control practices and procedures. This bank account was frozen in February 2018 and a review of parish financial records was then undertaken by personnel from the Archdiocesan Office for Parish Services and Support," the statement added.

According to the Reading Eagle, investigators reported after a year-long investigation that McLoone used his secret account to siphon off the entire collection taken up at the parish each year on the feast day of All Soul's Day in November, for a total of $39,543 over six years.

According to The Philadelphia Inquirer, some of the rest of the money came from McLoone doubling his stipends for weddings, funerals and other special Masses. Authorities report that he spent at least $3,000 of the money on men with whom he had sexual relationships, including one New York prison inmate.

"Those expenses were related to relationships with adults that represented a violation of â€~The Standards of Ministerial Behavior and Boundaries' established by the Archdiocese. None of this activity involved other members of the Saint Joseph Parish community," the archdiocesen statement noted.

McLoone made "regular withdrawals" from the account and spent "thousands" of dollars in New Jersey, where he has a beach house, the Eagle Reader reported.

Money from regular Sunday collections, donations to the parish capital campaign, and school and PREP tuition fees do not seem to have been stolen by McLoone, the archdiocese said.

In total, McLoone is charged with embezzling between $98,000-$125,000 in funds from the parish during his time there.

"Father McLoone held a position of leadership, and his parishioners trusted him to properly handle their generous donations to the church," District Attorney Chief of Staff Charles Gaza said in a statement, reported by the Inquirer. "Father McLoone violated the trust of the members of St. Joseph's for his own personal gain."

The charges against McLoone include dealing in proceeds of unlawful activities, theft by unlawful taking, receiving stolen property and other related counts, the Reading Eagle reported.

The priest maintains his innocence.

"The Chester County District Attorney's Office is overreaching," Melissa McCafferty, McLoone's attorney, told the Inquirer. "They filed these charges based off speculation, conjecture, and innuendo.... They won't be able to prove them."

McLoone was sent to the parish in 2011 after the previous pastor, Msgr. William Lynn, was convicted of covering up clerical sex abuse in 2012. Lynn's conviction was overturned three years ago, and he is awaiting a retrial.

The archdiocese said it has pledged to "pursue full financial restitution" to the parish for the reportedly stolen funds, and said that it shared this information along with other updates on the case throughout the past year with the parish during the investigation.

"These charges are serious and disturbing," the archdiocesan statement said. "The Archdiocese and the parish will continue to cooperate with law enforcement as the criminal matter enters its next phase. Pending the outcome, Monsignor McLoone remains on administrative leave. Information regarding his arrest will be shared with the Saint Joseph Parish community."

McLoone now awaits a hearing before a district court judge for the charges.