The Florida Conference of Catholic Bishops is pleading for Gov. Ron DeSantis to stop the execution of Gary Ray Bowles, who confessed to murdering six men during a six month period in 1994. 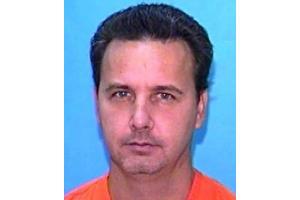 Tallahassee, Fla., (CNA) - "As we approach the date of Gary Ray Bowles' scheduled execution, we urge you to grant a stay," said an Aug. 14 letter, signed by Michael B. Sheedy, the executive director of the Florida Conference of Catholic Bishops, and the state's bishops.

Bowles' execution is scheduled for 6 p.m. on Aug. 22. He was first sentenced to death in May 1996, after pleading guilty to the murder of Walter "Jay" Hinton, and then re-sentenced to death in 1999 after his initial death sentence was overturned. While in prison for Hinton's murder, he was convicted of three other murders, and sentenced to two life sentences.

When Bowles was arrested for Hinton's death, he admitted that he had killed a total of six people. As Bowles' crime spree spread from Jacksonville, Florida to Montgomery County, Maryland, he was dubbed the "I-95 Killer."

Bowles met most of his victims in gay bars, and offered to have sex with them in exchange for money. He would then beat and strangle the men to death, and rob them. At the time he was arrested, he was on the FBI's Most Wanted List.

The letter said that while Bowles' "violent actions" ended the lives of six people, and caused "great grief" to their loved ones, "each of us is more than the worst thing we have done."

"Mr. Bowles is more than a man who committed multiple murders," said the bishops' conference.

"He is a human being who survived many years of childhood abuse and, after escaping his stepfather's violence as a young teenager, endured years of homelessness and child prostitution."

The bishops' conference wrote that Bowles does not pose a danger to society as long as he remains in prison without parole, and that the death penalty is not necessary. Instead, "premeditated, state-sanctioned homicide of Mr. Bowles would only perpetuate the cycle of violence that victimized him, and which he later perpetuated."

"Killing him will only further erode the sense of the sacredness of human life and implicate us all â€" the citizens of the State of Florida â€" in his death."

On Wednesday and Thursday, Florida Catholics, as well as others opposed to the death penalty, will be gathering at locations around the state, including the governor's mansion and across the highway from the Florida State Prison's Execution Building. They say they will be praying for  Bowles, his victims, the families of the victims, and for an end to the death penalty.

If Bowles is executed, he will be the 99th person sentenced to death in Florida since the state reinstituted its death penalty in 1976. His will be the second execution presided over by DeSantis, a practicing Roman Catholic.

The Catechism of the Catholic Church teaches that the death penalty is today "inadmissable," because "there is an increasing awareness that the dignity of the person is not lost even after the commission of very serious crimes," and "more effective systems of detention have been developed, which ensure the due protection of citizens but, at the same time, do not definitively deprive the guilty of the possibility of redemption."