Kentucky Governor Matt Bevin's administration has reportedly denied a Planned Parenthood clinic in downtown Louisville its license to perform abortions, doing so for the second time. 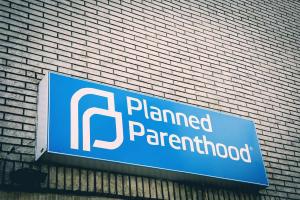 Louisville, Ky., (CNA) - The Louisville Courier-Journal reports that Adam Meier, secretary of Kentucky's Cabinet for Health and Family Services, informed Planned Parenthood via a letter on Friday that the state is denying the license because the clinic performed 23 abortions without a license between December 2015 and January 2016.

The state first denied the clinic's license to perform abortions under a 1998 law requiring abortion providers to have what are known as "transport" and "transfer" agreements with an ambulance and hospital in the event of a medical emergency. A U.S. District Court Judge struck down that law in 2018 as unconstitutional, a decision the state has appealed.

The clinic opened in December 2015 and began performing abortions the following month.

The clinic claimed at the time that it had received emails from the state saying that it could perform abortions while awaiting a state inspection of the clinic. The state responded saying that former inspector general for the Cabinet for Health and Family Services, Maryellen Mynear, was â€˝wrong" when she told the clinic that they would have to be operatingâ€" i.e. performing abortionsâ€" for a state inspection to take place.

U.S. District Judge Greg Stivers had in June ordered the state to expedite its review of Planned Parenthood's license application and report back to him no later than Aug. 19 with a decision, the Courier-Journal reported.

Planned Parenthood is challenging the licensing issue in federal court.

Gov. Matt Bevin signed into law in March a bill prohibiting abortions based on the race, gender, or a disability diagnosis of an unborn child. The law's implementation has been blocked while legal challenges play out in court.

Federal Judge David J. Hale of the Western District of Kentucky in March blocked a law that would prohibit abortion after the detection of a fetal heartbeat.

The state's only clinic licensed to perform abortions is EMW Women's Surgical Center in Louisville, which performs over 3,000 a year.