An Arizona court awarded a former Planned Parenthood clinic director $3 million in damages in a wrongful termination case, on Friday. Mayra Rodriguez claimed she was unfairly dismissed after raising concerns about ethical and legal breaches at abortion facilities run by the group. 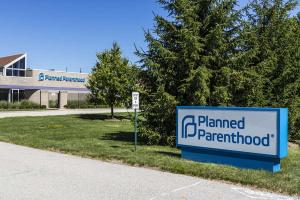 Phoenix, Ariz., (CNA) - In a decision rendered Aug. 16 at Maricopa County Superior Court, Judge Pamela Gates found in favor of Rodriguez, who worked for Planned Parenthood of Arizona for 17 years.

During her time with the country's largest abortion provider, Rodriguez claims that she witnessed physician malpractice, illegal conduct of a doctor, falsification of affidavits and patient records, and failure to report a minor who had an adult partner. Following her complaints, she was terminated from her position in October of 2017, at which time she filed suit.

"I feel very, very happy, very, very blessed. It has been a very hard two years since we started this process," said Mayra Rodriguez, former director of three Planned Parenthood clinics in Arizona, in an interview with CNA on Monday.

After managing a Title X location-where she said no abortions were performed-Rodriguez went on to manage three clinics, including one in Glendale which was one of the biggest abortion facilities in the area when she took it over in November of 2016.

There Rodriguez saw some "eye-opening" concerns, including higher complication rates from one abortionist who was also not properly charting the information of patients.

She also flagged to superiors that a minor with an adult sexual partner was not reported on their first day of contact with Planned Parenthood, as mandated by law and the organization's own policy, and that affidavits and patient records had been falsified.

However, the organization did not act on her complaints. "And that didn't happen because the person I was referring to was a powerful person," Rodriguez said. "My motivation has always been to care for women, to help, that they are being taken care of, that they received the compassionate and high-quality care."

"And so obviously, when I saw that was not happening, I was very concerned," she said.

After she began voicing her concerns, she noticed that her superiors "were giving me a really hard time about common, normal daily stuff from other clinics."

Then, she was told that narcotics had been found at her desk-on a week that she had not been working there, she said-and she was fired. "I tried to explain myself, but the decision had been made," she told CNA.

Rodriguez decided to proceed with a wrongful termination lawsuit to clear her name, beginning an almost two-year legal battle.

"It has been a very rough two years. A lot of deception, and a lot of pain," Rodriguez told CNA. "I lost a lot of friends throughout these two years, especially since I lost my job. People just stopped talking to me the moment they hear I submitted a lawsuit. Some of them still work there, so I understand. But there were others, formerly that used to work there, and â€~oh, I don't want to be involved.'"

"It hurts, because there were some moments where you feel like you're standing there alone," she said.

Her undocumented immigrant status surfaced in court, with Planned Parenthood using it against her to discredit her as a "liar."

"I never thought that would come through from an organization that stands for immigrant rights, but it did," she said. "My kids were there, and it hurts. You don't know that it's like until you're in the position we are."

"When you're called a liar for finding work to provide for your family, it's hard," she told CNA. Rodriguez said "some of them knew" at Planned Parenthood about her immigration status, although "they denied knowing."

During the court process, Rodriguez said a mutual friend encouraged her to reach out to Abby Johnson, a former Planned Parenthood clinic director who left the abortion industry and eventually founded the ministry And Then There Were None to help hundreds of abortion clinic workers also leave the industry. The film "Unplanned" that was released in theatres this year tells Johnson's story.

Rodriguez  noticed that she shared some similarities with Johnson's story-"we were kind of the stars of the organization, and then all of a sudden we just dropped to being the bad kids."

Then on Friday, Rodriguez's court battle came to an end-she was awarded $3 million in damages by a jury in a Maricopa County Court.

"There's no words to describe" the faces of the jurors, Rodriguez said, "the sympathy they had on their face at that moment, knowing what I had gone through and what they had seen-the sympathy."

"When Mayra came to And Then There Were None with her incredible story, I felt solidarity with her, having gone through a similar situation when I worked for Planned Parenthood," Johnson said in a statement.

"Standing with her through the trial and rejoicing in the ultimate victory has been amazing."