The Michigan Catholic Conference is urging state residents to support a petition drive for an initiative to ban "dismemberment abortions" instead of a separate petition drive that seeks to ban abortion after the detection of a fetal heartbeat. 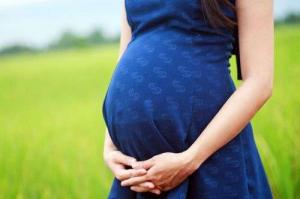 Lansing, Mich., (CNA) - The two competing initiatives are backed by different groups. The dismemberment abortion ban is being conducted by a group called Michigan Values Life, while the heartbeat ban is supported by the Michigan Heartbeat Coalition. The Michigan Catholic Conference and Right to Life of Michigan are both supporting Michigan Values Life.

The ban on "dismemberment abortions" would make it a felony for a physician to perform a dilation and evacuation (D&E) abortion, and the ballot initiative seeks to update the state's existing ban on partial-birth abortions.

D&E abortions are typically done in the second trimester of pregnancy and involve the dismemberment of an unborn child.

Michigan Gov. Gretchen Whitmer (D) has said she would veto any pro-life legislation. The ballot initiative push is a way for these bills to become law outside of her signature.

Presently, Michigan law prohibits all abortion. This law is not enforced due to the 1973 Roe v. Wade Supreme Court decision, but would go into back into effect if the decision were ever to be overturned. If the proposed heartbeat bill were to become law and Roe were to be overturned, it would actually liberalize existing Michigan abortion law and permit the abortion of infants prior to the detection of a fetal heartbeat.

"At worst, the heartbeat ban could be interpreted to create a conflict in the law and replace the 1931 ban, actually allowing abortions up until a baby's heartbeat is detected," said a fact sheet released by the Michigan Catholic Conference.

While it is not uncommon for pro-lifers to oppose heartbeat legislation due to the potential of expensive legal and constitutional challenges, this is relatively unusual as pro-life groups are opposing the heartbeat bill due to the existence of an even stronger piece of anti-abortion legislation.

Several states have passed "heartbeat bills," and those bills have been signed into law. None of the bans have been allowed to actually go into effect due to legal challenges. "Heartbeat bills" will not be considered constitutional until the Supreme Court either overturns the Roe v. Wade decision or makes a different ruling on an abortion case.

Supporters of either petition drive must get approximately 350,000 signatures to force the legislature to vote on the legislation.

Ed. note: This story has been updated for clarity.