A teacher at a Catholic school in Indianapolis whose contract was terminated due to his same-sex marriage is suing the Archdiocese of Indianapolis, one day after reaching a settlement with the school. 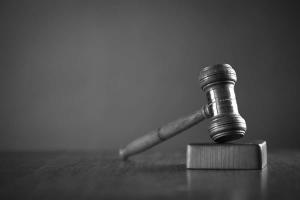 A statement from the Archdiocese of Indianapolis responding to the lawsuit said that within archdiocesan Catholic schools, "all teachers, school leaders and guidance counselors are ministers and witnesses of the faith, who are expected to uphold the teachings of the Church in their daily lives, both in and out of school."

"Religious liberty, which is a hallmark of the U.S. Constitution and has been tested in the U.S. Supreme Court, acknowledges that religious organizations may define what conduct is not acceptable and contrary to the teachings of its religion, for its school leaders, guidance counselors, teachers and other ministers of the faith," the archdiocese said.

In 2012, the U.S. Supreme Court ruled unanimously in Hosanna Tabor v. EEOC that government cannot interfere with religious institutions' hiring and firing decisions regarding employees whom they consider to be ministers.

Payne-Elliott's lawsuit was announced one day after his attorney released a statement saying that a settlement had been reached between Cathedral High School and the teacher, who at the time was still unidentified.

The July 9 statement said that the school was working to help the teacher find a new job.

"The teacher thanks Cathedral for the opportunities and experiences that he has had teaching at Cathedral and does not wish Cathedral any harm. The teacher also thanks his friends, former colleagues, and students for their support during this difficult time. Cathedral thanks the teacher for the years of service, contributions, and achievements," the statement said.

"For its part, Cathedral intends to remain Catholic, while respectfully facilitating discernment among the Archdiocese, the Catholic community and the Cathedral Family on this issue."

Last month, Cathedral High School announced that it was terminating the contract of an employee " now identified as Payne-Elliott " in a civil same-sex marriage.

"It is Archbishop [Charles] Thompson's responsibility to oversee faith and morals as related to Catholic identity within the Archdiocese of Indianapolis," Cathedral High School leaders said in a June 23 letter.

"Archbishop Thompson made it clear that Cathedral's continued employment of a teacher in a public, same-sex marriage would result in our forfeiting our Catholic identity due to our employment of an individual living in contradiction to Catholic teaching on marriage."

"Therefore, in order to remain a Catholic Holy Cross School, Cathedral must follow the direct guidance given to us by Archbishop Thompson and separate from the teacher," said the letter, signed by Matt Cohoat, chairman of Cathedral High School's board of directors, and Rob Bridges, the school's president.

A few days prior, the Archdiocese of Indianapolis announced that another high school, Brebeuf Jesuit Preparatory School, would no longer be recognized as a Catholic school following a two-year disagreement about the employment of a teacher in a civil same-sex marriage.

School leaders at Brebeuf said that to follow the instruction from the archdiocese "would not only violate our informed conscience on this particular matter, but also set a concerning precedent for future interference in the school's operations."

The Code of Canon Law recognizes the diocesan bishop's responsibility to ensure that religion teachers are "outstanding in true doctrine, in the witness of their Christian life, and in their teaching ability." The diocesan bishop has the right to approve religion teachers and, "if religious or moral considerations require it, the right to remove them or to demand that they be removed."

In a press conference June 27, Archbishop Thompson stressed that the teacher was removed not because he was gay, but because he had contracted a same-sex marriage, in opposition to Church teaching on marriage.

All people should be treated with love and respect, and sexual orientation in itself is not sinful, the archbishop said, according to the Criterion.

However, he added, the Church is clear in teaching that the proper role of sexual activity is within a marriage between one man and one woman.

The issue in cases such as Brebeuf and Cathedral, he said, "is about public witness of Church teaching on the dignity of marriage as one man and one woman. That is our Church teaching."

"In this particular case we're dealing with, those are ministers in our Church. Teachers, guidance counselors, other leaders, leaders of the schools and other leaders in the archdiocese are bound to live out these principles."