Joe Biden, the former senator and vice president and now a Democratic presidential hopeful, once represented a more moderate position on abortion for the Democratic party. 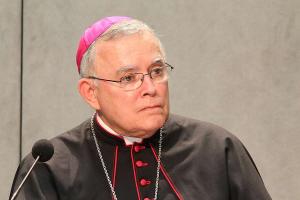 Philadelphia, Pa., (CNA) - In the years immediately following Roe v. Wade, the Supreme Court decision that legalized abortion throughout the U.S., then-senator Biden was critical of the law.

"(W)hen it comes to issues like abortion, amnesty, and acid, I'm about as liberal as your grandmother," he said in 1974. "I don't like the Supreme Court decision on abortion. I think it went too far."

Biden was among several legislators - many of them Democrats - who attended the first pro-life marches in Washington, D.C. But as his party shifted staunchly to the hard left on abortion, so did Biden.

Last month, he announced that he would work to protect federally abortion rights from state laws "should it become necessary."

Last week, facing criticism from fellow party members, Biden announced that he no longer supports the Hyde Amendment, which bars the use of federal funds for abortions, with exceptions for rape, incest, and in cases that an abortion saves the life of the mother.

In his June 10 column, Archbishop Charles Chaput of Philadelphia slammed Biden, a Catholic, for kowtowing to party politics rather than defending his religious beliefs.

"The unborn child means exactly zero in the calculus of power for Democratic Party leaders, and the right to an abortion, once described as a tragic necessity, is now a perverse kind of 'sacrament most holy, " Chaput said. "It will have a candidate's allegiance and full-throated reverence...or else."

In his column, Chaput also referenced a talk he gave at Notre Dame in October 2016, just prior to a presidential election that "seemed sure to put a second Clinton in the White House." In that talk, Chaput noted that the "price" of entry into elite political classes for Catholics has, in many cases, "been the transfer of our real loyalties and convictions from the old Church of our baptism to the new 'Church' of our ambitions and appetites."

While he pointed to examples such as Nancy Pelosi, Anthony Kennedy, Joe Biden, and Tim Kaine, Chaput noted that those people "are not anomalies. They're part of a very large crowd that cuts across all professions and both major political parties."

Those who forsake their beliefs, and what is right, commit what Pope Benedict XVI called a "silent apostasy," a Greek term for "a means to revolt or desert; literally 'to stand away from,' " Chaput noted.

"For Benedict, laypeople and priests don't need to publicly renounce their baptism to be apostates. They simply need to be silent when their Catholic faith demands that they speak out; to be cowards when Jesus asks them to have courage; to 'stand away' from the truth when they need to work for it and fight for it," Chaput said.

Chaput wrote that his talk in 2016 angered some who defended Biden as a moderate Democrat and "a well-intentioned, decent man" who supported several social positions of the Church, including supporting several pro-life protections such as the Hyde Amendment and bans on late-term abortions, "all admirable positions."

But now, Biden seems to be increasingly bending to his party's will, rather than defending the teachings of the Church, Chaput said.

"There's a remark by Thomas More in the film 'A Man for All Seasons' that's worth remembering in the months ahead: 'When statesmen forsake their own private conscience for the sake of their own public duties, they lead their country by a short route to chaos,' " Chaput said.