Sister Rita Callanan, a member of the Order of the Most Holy and Immaculate Heart of the Blessed Virgin Mary, has spoken out against Katy Perry following their extended legal battle over the sale of Callanan's former convent. 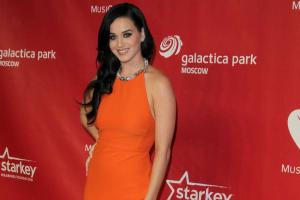 Los Angeles, Calif., (CNA) - "I really didn't like Katy Perry. I'm sure she doesn't like me," Callanan told the New York Post in an interview published June 8. She also stated that she believes Perry has "blood on her hands" following the sudden death of another sister of the community.

Last year, Sister Catherine Rose Holzman, Callanan's best friend, suddenly collapsed and died in a Los Angeles courtroom. She was 89. Her final words were a plea to Perry to "please stop" the court case.

In 2015, the Archdiocese of Los Angeles approved the sale of the convent to Perry, nee Katheryn Hudson. The sisters have protested, saying they did not want the "Bon Appetit" singer to buy their house, and that the archdiocese did not have the rights to sell their property.

The sisters said that only they could sell their convent, which they purchased in 1972. In 2011, the sisters moved out of the convent after they said the archdiocese ordered them out. The sisters attempted to sell the home in 2015 to a businesswoman named Dana Hollister, but the archdiocese blocked the sale.

Callanan claims she has suffered much since the court case, and now is without money and has serious health problems. She now lives in a rehabilitation facility.

In the Post interview, Callanan admitted that she may have illegally sold the property to avoid seeing it in Perry's hands.

"We asked Dana to buy our property as we didn't want it to go to Katy Perry. Yes, we put the wheels in motion to sell our property," said Callanan.

"Was it legal? Probably not entirely," she added. Callanan does not believe it was legal for Perry to buy it either. She told the Post that she will continue to battle for the rights to sell the property.

In 2016, a judge sided with Perry and the Archdiocese of Los Angeles and the sale of the property to Perry was approved, but not completed.

The convent is now for sale for $25 million, $11 million more than Perry paid for it.