Former U.S. Vice President Joe Biden is facing opposition within the Democratic Party after voicing his support for the Hyde Amendment, a federal policy prohibiting tax dollars from paying for elective abortions. 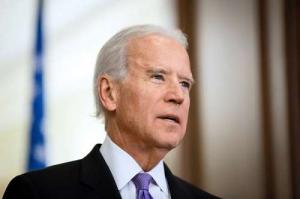 The move immediately drew strong criticism from abortion advocacy groups, as well as from other Democratic candidates.

There's no political or ideological excuse for Joe Biden's support for the Hyde Amendment, which translates into discrimination against poor women and women of color plain and simple,u said Ilyse Hogue, president of NARAL Pro-Choice America, in a June 5 statement.

uAs abortion access is being restricted and pushed out of reach in states around the country, it is unacceptable for a candidate to support policies that further restrict abortion,u she said in a statement.

Biden, who has been vocal about his Catholic faith throughout his political career, has repeatedly said that he is personally opposed to abortion but supports its legality. In his 2007 book uPromises to Keep,u Biden described his position on abortion as umiddle-of-the-roadu and reiterated his opposition to both federal funding of abortions and partial-birth abortions.

While Biden's views on abortion have shifted over time, he has generally presented himself as pro-choice. Throughout his time in the Senate, he opposed numerous pro-life Supreme Court appointments. Last month, he released a video opposing new state-level pro-life legislation and saying he would support federal protections for abortion. He has recently reiterated that he thinks Roe v. Wade is uthe law of the land.u

Biden's stance on the Hyde Amendment, however, puts him at odds with other major Democratic hopefuls, including Bernie Sanders, Kamala Harris, Kirsten Gillibrand, Cory Booker and Elizabeth Warren.

The Hyde Amendment was introduced in 1976 by Rep. Henry Hyde (R-Ill.). It is not a law, but rather has been passed as a rider to budget legislation every year.

A policy that has been supported by members of both parties, it prohibits federal tax dollars from paying for abortions, except in cases of rape, incest, or when it is deemed necessary to save the life of the mother.

The Charlotte Lozier Institute, the research arm of the pro-life Susan B. Anthony List, has estimated that more than 2 million unborn lives have been saved as a result of the policy.

Various efforts to repeal the Hyde Amendment over the years have failed.

Biden enjoys a strong lead in the polls over more than two dozen other Democratic presidential hopefuls. While many of the other prominent candidates have moved in an increasingly progressive direction with their policy proposals, Biden has remained more moderate on topics such as the environment and health care. The former vice president argues that in order to beat President Donald Trump in the upcoming election, the Democratic Party will need to appeal to mainstream voters, including moderate independents and dissatisfied Republicans.

A survey by the Harvard School of Public Health found that the majority of Americans oppose taxpayer money being used for elective abortions.

However, the Democratic Party in 2016 included in its national platform a statement of support for repealing the Hyde Amendment, as well as opposition to state and federal restrictions on abortion.

Several other Democratic presidential contenders shot back at Biden and reiterated their own stance in favor of removing the Hyde Amendment.

uThere is #NoMiddleGround on women's rights. Abortion is a constitutional right. Under my Medicare for All plan, we will repeal the Hyde Amendment,u said U.S. Senator Bernie Sanders on Twitter.

uNo woman's access to reproductive health care should be based on how much money she has,u said U.S. Senator Kamala Harris. uWe must repeal the Hyde Amendment.u

uNo matter your income or where you live, every woman should have access to health care including abortion,u said former U.S. Rep. Beto O' Rourke.