President Donald Trump over the weekend admonished pro-life advocates seeking to make abortion illegal in all cases. He called for pro-life Americans to be united around legislation that includes exemptions for cases of rape, incest, and when doctors deem the mother's life to be at risk. 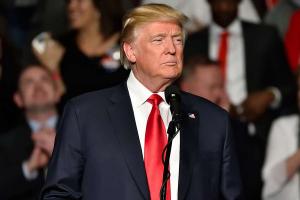 Washington D.C., (CNA) - "I am strongly Pro-Life, with the three exceptions - Rape, Incest and protecting the Life of the mother - the same position taken by Ronald Reagan," the president said on Twitter May 18.

"We must stick together and Win for Life in 2020. If we are foolish and do not stay UNITED as one, all of our hard fought gains for Life can, and will, rapidly disappear!"

Trump's tweets come after Alabama recently passed a law to make abortion a felony. The law does not have exceptions for rape or incest. Similar legislation passed in Missouri last week, and the governor is expected to sign it into law soon.

She posted a picture of her adopted son on Twitter, saying, "My son was conceived in rape. I would love for you to meet him, @realDonaldTrump, and tell me how his life isn't as valuable as my children conceived in love. He deserved to live and I'm so thankful that he does."

Lila Rose, president of the investigative group Live Action, also responded to Trump's tweet, saying, "Thank you for the great work your administration has done on behalf of life. If we are pro-life, we must be 100% pro-life. A child of rape or incest is not a 2nd-class citizen. No woman or girl is served by abortion or immune to its trauma, including survivors of rape and incest."

The tweets reveal a divide within the pro-life movement. While overturning Roe v. Wade '" the 1973 Supreme Court decision that mandated legal abortion nationwide '" is one of the key goals of the movement, there are differing views on how best to achieve that goal.

Some pro-life advocates have emphasized the need to ban abortion in all cases. Others insist that a complete abortion ban without exceptions is much more likely to be struck down by the courts, while a more moderate law is more likely to be upheld, and would eliminate the vast majority of abortions in the United States.

Dozens of pro-life bills have been introduced in states across the country this year. Pro-life advocates are hopeful that one of them may make its way up the Supreme Court, where the current justices are considered more favorable to the pro-life cause than in previous decades.

A few cases have reached federal appeals courts - including a Texas ban on dismemberment abortions and a Louisiana law requiring abortion doctors to have admitting privileges at a local hospital.

A Marist poll released in February recorded a sharp drop in the proportion of Democrats identifying as pro-choice, from 75% to 61% since the beginning of the year. The same poll found a 19-point jump in pro-life identification among people under 45 years old. Forty-seven percent of people under the age of 45 now say they are pro-life, compared to 48% who say they are pro-choice.

An April poll by Rasmussen showed that when voters are told that a fetal heartbeat can be detected after six weeks of pregnancy, 56% support banning abortion at that point.