The appropriations committee of California's state senate will hold a hearing Thursday on a bill that would require priests to violate the seal of confession if they became aware of allegations of child abuse or neglect while celebrating the sacrament of penance. Critics say the bill would deny Constitutional religious liberty protections, and that there is no evidence it would actually prevent child abuse. 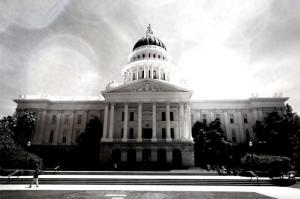 Clergy in California are already required to report knowledge or suspicion of child abuse in most circumstances, though penitential conversations like sacramental confession are exempted, as are other kinds of privileged conversations, among them those covered by attorney-client privilege.

The bill's sponsor, California state Senator Jerry Hill (D-Calif. 13), has claimed that "the clergy-penitent privilege has been abused on a large scale, resulting in the unreported and systemic abuse of thousands of children across multiple denominations and faiths."

The senator has claimed that such abuse has been revealed through "recent investigations by 14 attorneys general, the federal government, and other countries." Hill's office declined to respond to requests from CNA for clarity or specific instances of the abuse cited.

Archbishop Jose Gomez of Los Angeles said in a May 15 column that Hill's claim is "simply not true. Hearings on the bill have not presented a single case '" in California or anywhere else Â­'" where this kind of crime could have been prevented if a priest had disclosed information he had heard in confession."

"SB 360 claims to solve a crisis that does not exist," Gomez said.

While priests are forbidden from disclosing the contents of sacramental confessions under any circumstances, and face excommunication for doing so, few believe Hill's bill would prevent child abuse.

California Catholic Conference executive director Andy Rivas told Angelus News May 15 that "there is no evidence that forcing priests to disclose what is learned in the confessional would prevent a single case of child abuse."

If penitents report being abused, several priests told CNA, they are generally asked to discuss the matter with the priest-confessor immediately after confession has ended. When such conversations take place after confession, clergy members in California are already required by law to report them.

The bill is not the first time Hill has taken issue with internal Church practices. In 2015, he signed a letter urging San Francisco's Archbishop Salvatore Cordileone to end an archdiocesan requirement that Catholic school teachers live in accord with the moral teachings of the Catholic Church.

The letter said the requirement had "a divisive tone, which stands in stark contrast to the values that define the Bay Area and its history."

The right to confidential religious communications has been recognized in Western legal traditions for centuries. The sacrament of confession is understood within Catholic teaching to be a revelation to God of sins, and confession is kept absolutely confidential in order to ensure that no penitent is discouraged from making use of the sacrament.

California's bill would be a striking reversal of long-standing legal precedent preceding even the foundation of the United States. The state would be the first to explicitly revoke religious confidentiality while keeping protection for other kinds of confidential conversations in place.

Gomez' May 15 column noted directly that the proposed measure "only targets Catholic priests."

While the bill's sponsor insists that's not true, the bill was introduced shortly after the release a Pennsylvania grand jury reporting detailing decades of clerical sexual abuse allegations, and after the scandal that began June 20, 218, when credible allegations of abuse against former cardinal Theodore McCarrick were made public.

Gomez also said this week that "from a public policy standpoint, if the goal is to prevent child sexual abuse, it does not make sense to single out Catholic priests and the Sacrament of Penance and Reconciliation, which is the formal name for confession."

The Archdiocese of Los Angeles, California's largest, has faced two allegations of child sexual abuse by priests in the last ten years. According to the Center for Applied Research in the Apostolate, there are seven allegations of clerical sexual abuse made each year, across the United States.

Although all educators in California, as in most states, are mandated reporters, the U.S. Department of Justice estimates that 10% of public school students in the U.S. will experience sexual misconduct by a school employee before graduating from high school. 6,220,413 students were enrolled in California public schools in 2017-2018, according to the state's department of education. If California does not significantly deviate from national statistics, 622,041 of those students are likely to experience sexual misconduct by public school employees before graduation.

Hill, himself a licensed teacher, has not weighed in publicly on another California bill that would remove the civil statute of limitations for lawsuits involving sexual abuse claims against employees of public schools and other California institutions.

The Archdiocese of Los Angeles, along with five other California dioceses, established May 14 an independently managed compensation program, which would provide compensatory payment to those alleging to be victims of priestly sexual abuse, regardless of what that abuse is alleged to have happened.

Gomez, for his part, has called Catholics to oppose the confession bill, which he called "a mortal threat to the religious freedom of every Catholic."

"The privacy of that intimate conversation '" our ability to speak with total honesty from our lips to God's ear '" is absolutely vital to our relationship with God," Gomez wrote.

At the same time, the archbishop encouraged Catholics to pray for the healing of abuse victims and their families.

"Let us ask our Blessed Mother Mary to help us bring healing to every victim-survivor of abuse and help us build a society where every child is loved, protected, and safe."