Make the Courts Great Again! - How the 2018 Midterms Address a Cause of the American Revolution

If asked what brought about the Revolutionary War, most Americans could summon a phrase they no doubt learned in grade school: "Taxation without representation!" 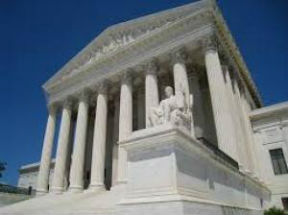 But as upset as they were about taxes, the colonists also were even more concerned about the behavior of judges. There were actually 27 reasons the founders gave for the revolution; four of those had to do with judicial tyranny!

Judicial tyranny is an even greater cause for concern today. In the 2016 election, 51 percent of voters considered the makeup of the federal courts to be a motivating factor, primarily because of the sudden death of Supreme Court Justice Antonin Scalia. But the Supreme Court and the lower federal courts are  an issue in every national election.

The courts right now in America are out of control, far transgressing the boundaries the Constitution places on them. That's why it's imperative that those who voted for Donald Trump two years ago must vote Republican again in this midterm election.  Our democracy depends on it.

The indelible sights and sounds of the circus that surrounded the nomination and eventual confirmation of our newest Supreme Court Justice, Brett Kavanaugh, are beginning to fade into memory.

I was privileged to be invited to the White House to witness his ceremonial swearing-in  but what was on my mind that night, and which all  Americans must not forget, is that the president nominates, and the Senate confirms " or blocks " scores of federal judges for the U.S.

District Courts and the Circuit Courts of Appeal. These appointments are as consequential as the nomination of Supreme Court justices. These judges hear hundreds of thousands of cases every year, and very often their rulings are the final word.

President Trump has already had 84 federal judges confirmed and seated in the various courts, but there are approximately 150 vacancies left to fill. If the Democrats regain control of the Senate after the midterm elections, Trump's nominees will simply not be confirmed. If the Democrats regain control of the White House in 2020, and still have a majority in the Senate, it will spell catastrophe for our nation and anyone who believes in the U.S. Constitution.

The judges we need on our federal courts are those who understand the limits of their proper constitutional role. They are not to make laws, or shape policy or impose their personal opinions or preferences on whatever case they are deciding. Their role is to uphold justice, to be impartial, to apply the Constitution as written and intended by those who wrote it.

That has not always been the case. In 1973, seven Supreme Court justices invented a constitutional right to abortion and sanctioned legal child-killing throughout our nation.

This was the most egregious example of judicial activism, but it is far from the only one. Here are two more of the many examples we can cite:California Proposition 187 was a 1994 ballot initiative passed by voters to stem the flow of illegal aliens into the state.

Missouri vs. Jenkins was a case involving school desegregation.

The Kansas City Missouri School District's ability to raise taxes was limited by state law but a single federal judge ordered a tax increase to facilitate programs to end desegregation. This ruling was affirmed by the U.S. Court of Appeals but eventually struck down by the Supreme Court.

Alexander Hamilton, writing in The Federalist in 1788, called the judiciary the "least dangerous" of the three branches of government because it lacked "the power of the executive branch and the political passions of the legislature." His words were true for a century and a half of our republic, but he did not  foresee what would happen next.

But Thomas Jefferson did, writing in 1821: "It has long, however, been my opinion, and I have never shrunk from its expression ... that the germ of dissolution of our federal government is in the constitution of the federal Judiciary; an irresponsible body, (for impeachment is scarcely a scare-crow) working like gravity by night and by day, gaining a little today and a little tomorrow, and advancing its noiseless step like a thief, over the field of jurisdiction, until all shall be usurped from the States, and the government of all be consolidated into one."

Voters in states with Senate races should keep Jefferson's prescient words in mind and cast a vote that will ensure the Democrats do not win back control of the Senate.