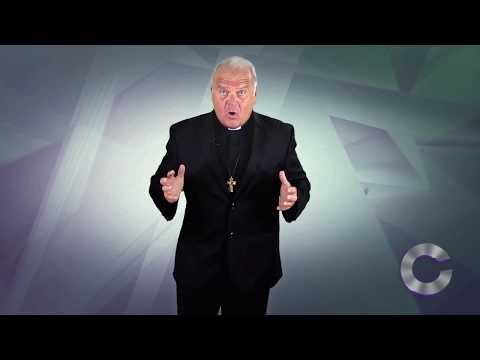 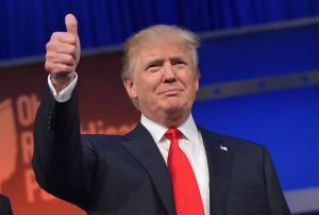 Our election work should be in full swing now as we motivate others to vote. Voting early (if it's possible) is the best way to ensure that votes aren't wasted " and this is certainly no time to waste votes.
In light of the 2016 presidential elections, this has become the most important midterm election in a long time. Though President Trump's name is not on the ballot, his presidency is, as are the policies that motivated so many to come out and vote for him two years ago. And if those who voted for him do not turn up to vote again, their vote in 2016 will be wasted.

Not that progress hasn't been made " on the contrary, a lot has been accomplished! But that's the point " we need it to continue! We don't want the President to be sitting in the White House with pen in hand ready to sign all kinds of great legislation, but have a Congress unable to send it to him!

Fewer people vote in midterm elections than in the Presidential election. But if they give some thought to how our system of lawmaking works, they may find the motivation to get out and vote now as well. After all, the President is not a dictator. While there is Executive action he can take, legislative action depends on the Congress. Both the House and Senate have to pass a bill and agree on its wording before that bill can reach the President's desk for his signature.

And that happens most easily when both houses of Congress are under the control of the President's party!

Yes, both the House and the Senate are under Republican majorities. But many things have not gotten to the President's desk because the majority in the Senate is not large enough to overcome the legislative filibuster. The midterm elections give us the opportunity to increase that majority!

Indeed, the balance of power in Congress is at stake.  As is the case in every midterm, one third of all US Senate seats are on the ballot, as are all the seats of the House -- not to mention governors' races, state legislators, and other local elections.

If you ever wonder why progress is so slow in restoring protection to the lives of children in the womb, for example, just look at how few and far between are the years, since Roe vs. Wade, where at the same time the White House, the US Senate, and the House of
Representatives were all under Republican control. That is the party whose platform says the child in the womb has an inalienable right that cannot be infringed, and calls for the protection of that child.

It took thirty years after Roe vs. Wade before the Republicans had control of the White House and both houses of Congress at the same time. Then we started to see significant federal legislative progress for the unborn " like the ban on partial-birth abortion.

We are now in a similar moment and we have to hold on to it. We can see legislation like the Pain Capable Unborn Child protection act passed, as well as the de-funding of Planned Parenthood, if we both hold and increase the pro-life majorities in Congress.To move forward, let's remember the past.

Think back for a moment to what we were all thinking and feeling and what motivated us two years ago. It was the height of the presidential election- the most dramatic, bizarre, surprising election in history. A non-politician billionaire rose up through the ranks to the laughter and derision of many people. They said he could never win when he ran for any office. But, only did he win the primaries, he became the president of the United States of America. Nobody saw it coming. Few believed it would.
The pollsters missed it, and most people were convinced Clinton would win, going so far as to say a Trump victory was statistically impossible. But polling models misread the motivations of a lot of Americans. People were motivated against the establishment who left promises unfulfilled. There were many who were disenfranchised with the last administration and felt a sense hopelessness and unfairness. They felt invisible. Those people came out, showed up, and made a difference.

Two years later, we have to remember this fact. In the pro-life arena, some 49% of voters said the abortion issue affected their vote, and of that number, 31% voted pro-life. President Trump did not disappoint us. He has an impressive list of pro-life accomplishments and has re-energized the pro-life movement like no other president before him.

He has made solid pro-life appointments in all areas of government, including the federal courts, has diverted billions of dollars away from the abortion industry internationally, nationally, and in the states, has been present at pro-life events, and has promised to sign more pro-life legislation. This needs to remain a motivating factor for pro-life voters now.

If we do not vote again in the midterm elections, we may not be able to hold the ground we have covered.
The current mood of the left is visceral and illogical in its single-minded hate for Trump. If the House goes under Democrat control- and it could happen- the president's agenda, legislatively speaking, will not be able to continue. Instead of working on the economy, issues of national security, defunding Planned Parenthood or protecting preborn babies with a Pain-Capable protection bill, the House will be wasting the time and tax dollars of the American people talking about impeachment.

The destruction of Trump is their motivation.

Right now, they have no power. The left has been obsessing for two years on their election loss. Ironically, the reason they don't understand why they lost is in fact the very reason that they lost. They are out of touch with the American people. And this is precisely why they are so dangerous. Being so out of touch, they will end up tying up the mechanism of the House and block everything Trump is trying to do.  Legislation will be stalled with nonsense and we will have a government at cross-purposes with itself.

That doesn't have to happen, however. Right now, this election is in our hands. Historically, elections are won by small margins. We can be encouragers and motivators to family, friends and colleagues.  We can be catalysts in our local communities for a strong pro-life vote. We can take advantage of early voting wherever it is offered, and bring out record numbers of people who, even now, the pollsters do not see. Together, we can and will do it again.

For information on voter education and mobilization, visit www.ProLifeVote.com. ******