President Trump's nomination of Judge Brett Kavanaugh to the Supreme Court could not have come at a better time for the Church in America. Religious leaders, including the USCCB, have been promoting the protection of religious freedom for quite some time now, and numerous dioceses and Catholic entities have been battling in court -- including the Supreme Court -- to defend that freedom. If the Kavanaugh nomination is confirmed, it will ensure a Supreme Court Justice that fights for our First Amendment rights. In short, it will ensure a Justice who protects our religious freedom. 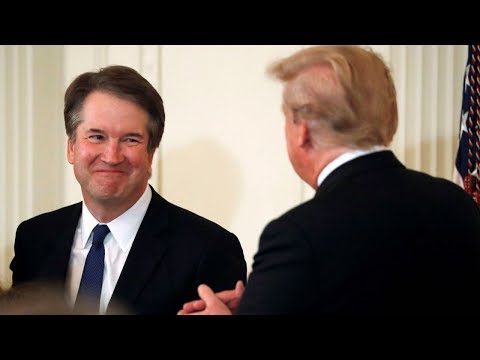 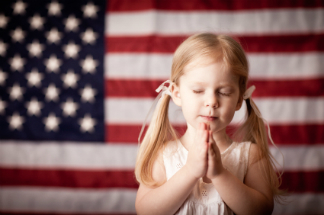 We, at Priests for Life, know firsthand what it felt like to have our religious rights threatened by a government overreach in Obama's HHS mandate. That mandate required that our Catholic prolife organization offer abortifacients and contraceptives in our healthcare package to our own employees. As our case made it up the ladder of the Court system, it eventually came before Judge Kavanaugh in the US Court of Appeals for the DC Circuit.

Thankfully, because of Judge Kavanaugh's approach to religious freedom, he sided with us, clearly and vigorously. Notably, Alveda King, niece of Dr. Martin Luther King, Jr., and full-time associate with Priests for Life, was one of the petitioners in the Priests for Life case. The case was called Priests for Life v. HHS (2015). In it, Judge Kavanaugh expressed perfectly our position regarding why the Obama administration's efforts to force us to violate our consciences by being complicit in providing abortifacient and contraceptive coverage to our employees was unconstitutional. Judge Kavanaugh found it 'crystal clear that' when the Government forces someone to take an action contrary to his or her sincere religious belief . . . the Government has substantially burdened the individual's exercise of religion."

Thankfully, the election of Donald Trump in 2016 ensured the end of the harassment from Obama's HHS mandate and our right not to be forced to act in violation to our consciences was reinstated with the new administration. The president made religious freedom a hallmark of his campaign. The Kavanaugh nomination is a clear indication of his continued commitment to protect religious freedom.

At a time when our religious freedom is in most need of safeguarding, we urge church leaders to use their precious First Amendment rights to speak up! Now is the time to exhort our dioceses, parishes and congregations to contact the Senate and tell them to conduct a swift and fair confirmation process, focused on the excellent qualifications of Judge Kavanaugh, and not on the politics of personal destruction that the Democrat Left are such experts at carrying out.

If those in public office are so committed to defending our religious freedom, we who are leaders in the Church obviously need to be just as committed and more. This confirmation process gives us an opportunity to do so.

Informing our congregations about how the confirmation process works, and how they can play a role by communicating with their US Senators, is the least we can do. This is not like a political election; the Church is not prohibited from conducting a certain measure of lobbying. And indeed, the Church is not prohibited from praying about the process either. Both a prayer and action campaign can be found at www.SupremeCourtVictory.com. Please bring this to the attention of your pastors!

As I pointed out at length in my book Abolishing Abortion, how ironic it would be if, at a time that the government is knocking down the mandates and removing the muzzles that hinder our religious freedom, we were to muzzle ourselves from exercising that same freedom.

Let's continue the momentum we have built with this administration, which is so committed to preserving the religious freedom we enjoy.