At least as far back as 2014, YouTube began engaging in active censorship of content. This does not mean censorship of obviously profane material, such as pornography and hate speech. The censorship applied a narrow band of content, such as ISIS recruitment videos, that were deemed dangerous. 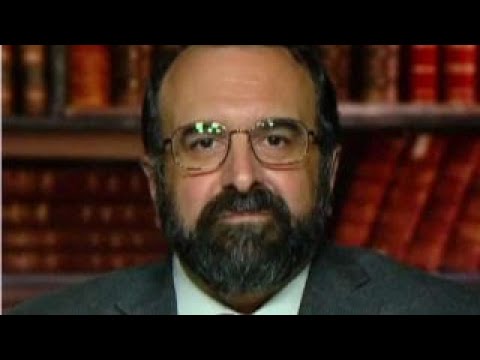 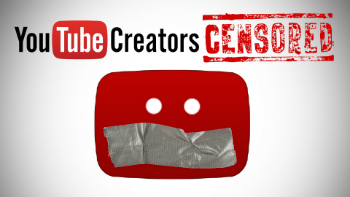 You Tube has begun a broad censorship campaign, silencing many content creators.

Presently, YouTube is censoring any video they find offensive. There are two ways to censor. One is hard censorship, which is the forcible removal of content from the web. The other way is soft censorship, in which the video remains online, but is demonetized, and buried in search results, making it hard to find.

This censorship is hurting the revenue streams of many content providers including now, news and media outlets.

You Tube now keeps the lion's share of revenue from your content, and will delete or suppress it if it even mentions terrorism, Islam, or violence. Suppression also applies to daily Bible readings.

Recently, Jihad Watch's Robert Spencer was labeled "offensive" and censored. Spencer shares news and information about militant Islam on his You Tube network and website. Or at least he did.

The militant left is on the march. They know most people now get their news from social media. But social media is where the censorship is the strongest. This is resulting in an uninformed public whose perception of reality is incomplete.

The consequences of this should be obvious to any thinking person.

On the Jihad Watch website Spencer shared this message and screencap from a reader:

This is not the Jihad Watch YouTube channel, which still remains (so far); nor was it an account I had any association with. This was simply a collection of some of videos featuring me that this man had made for his own reference.

YouTube user "NoNo Boddy" sent me this screenshot, and explained:

As far as I recall it was just your stuff. Nothing crazy

I don't actively use the channel at all really just was using it to bookmark stuff.

I'd actually forgotten I made it. I didn't actually know if it was public or not. To be honest I didn't know they come in public and private.

As I said when PayPal reinstated Jihad Watch's account, the Left's war on the freedom of speech is by no means over. They are determined to cut foes of jihad terror off from all means of communication. 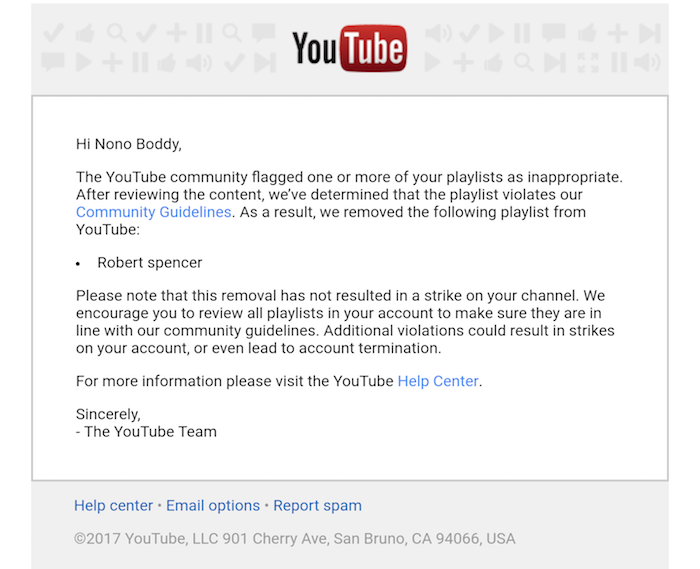 You Tube is a major media outlet for millions of Americans, but it has become heavily censored. Even mere Daily Bible readings have become targets of censorship.