The Daily Mail has posted pictures of the mysterious fleet of planes that flies workers into Area 51. Area 51 is the secret Air Force facility that is rumored to house alien technology. The existence of the base was only recently acknowledged. 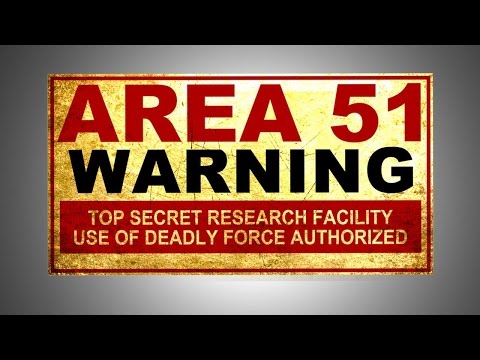 LOS ANGELES, CA (California Network) - Area 51 is very hot and dry, and extremely remote. It is also one of the most well-guarded places in the United States. The existence of the secret base wasn't even officially acknowledged until last month.

On July 6, 2016, the government finally complied with a Freedom of Information Act request and provided documents which are the first official mention of Area 51 by name.

Previous mentions of the base have all been unofficial.

Of course, the base is a poorly kept secret. Area 51 was established after World War II to develop advanced technologies for the Air Force and various spy programs. The U2, SR-71, stealth aircraft and various drone projects were all developed at Area 51. There is no telling what projects are being developed now.

Some people speculate that Area 51 is used to research extraterrestrial technologies. The single, two-lane highway that connects Area 51 to the rest of the world is even dubbed "The Extraterrestrial Highway." UFO and alien conspiracy theorists frequently visit Area 51, going as close as they dare to the heavily guarded facility to take pictures and hopefully glimpse something extraordinary. Armed guards follow the movements of all outsiders who come close to the base perimeter. Dire signs with big letters warn that the use of lethal force is authorized to protect security.

There is no credible evidence that Area 51 houses alien technology, or that aliens even exist in the first place. There is only speculation and conjecture, and a great many anecdotes. There are plenty of unexplained phenomena around the site, but most of these can be attributed to secret programs of Earthly origin.

The fleet of unmarked planes which flies out of a special, dedicated terminal at McCarran International Airport, are commonly seen by Las Vegas residents. The older 737 jets have no names on them, merely a red stripe down each side. There are several flights daily, and each flight lasts just minutes as the planes cover the 125 mile distance between Las Vegas and the base.

However, not much else is known about the flights, other than their callsigns. The aircraft are called "Janet" in public airspace, and "Bones" in restricted airspace.

The airspace in Area 51 is so restricted that even ordinary military air traffic is restricted from the area.
So what is happening in Area 51? Chances are, the personnel are already working on the next generation of aircraft, perfecting designs most of us will not hear about for years to come. But eventually, we will come to know, just as we came to know about the SR-71, and the stealth projects, and the drones and so on.

In the meantime, Area 51 continues to capture the public imagination in movies and pop culture. And now if you visit Las Vegas, you will know a little bit of Area 51 trivia, and can spot the planes flying in and out of the world's most secret airbase.