The Attack on the Church Has Begun: Homosexual Man Files Legal Complaint Against Catholic Diocese

Free World Class Education
FREE Catholic Classes
In a culture that insists there is no objective truth, those who claim otherwise are perceived as a threat.

It was only a matter of time. John Murphy, a former employee of the St. Francis home in Richmond, which serves the low income elderly, has filed a formal complaint against the Catholic Diocese of Richmond alleging employment discrimination. Murphy was removed from his position after disclosing that he had entered into a same sex "marriage" with his homosexual paramour. We should pray that the Hosanna-Tabor decision will continue to protect the Church and religious institutions. But we should not delude ourselves: the first volleys in the war against American religious freedom have already been launched. 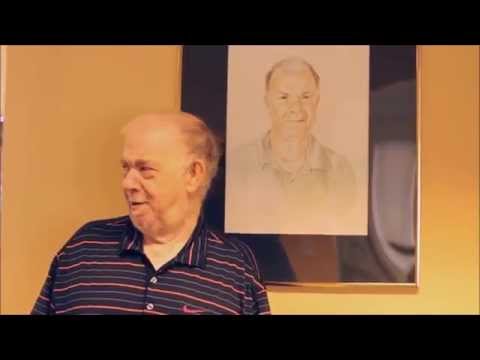 CHESAPEAKE, VA (THE STREAM) - It was only a matter of time. John Murphy, a former employee of the St. Francis home in Richmond, which serves the low income elderly, has filed a formal complaint against the Catholic Diocese of Richmond alleging employment discrimination. Murphy was removed from his position after disclosing that he had entered into a same sex "marriage" with his homosexual paramour.

The report indicates that he was informed that his "marriage goes against church doctrine" - which, of course, it does. John Murphy knew that teaching upon employment. "As a Catholic organization," said Diana Sims Snider, the Director of Communications for the Diocese, in a statement, "we expect the employees of the Diocese and its ministries, to uphold and embody the consistent values and truths of the Catholic faith, including those preserving the sanctity of marriage."

This is the expected fallout of the Obergefell decision of the Supreme Court, which purported to redefine marriage by judicial fiat. But the Church should be on solid legal ground in such a situation because of a prior Supreme Court decision. In a unanimous opinion entitled Hosanna-Tabor Evangelical Lutheran Church and School v. Equal Employment Opportunity Commission (January 11, 2012), the Court affirmed that the Church is protected, even as it relates to lay employees such as John Murphy, by what is referred to as the "ministerial exception." In the syllabus to the official opinion the Court wrote, "The Establishment and Free Exercise Clauses of the First Amendment bar suits brought on behalf of ministers against their churches, claiming termination in violation of employment discrimination laws."

Unfortunately, on July 15, 2015, the E.E.O.C. (Equal Employment Opportunity Commission), in a controversial 3-2 vote of the five member administrative commission, opined that "allegations of discrimination on the basis of sexual orientation necessarily state a claim of discrimination on the basis of sex." This puts EEOC on a collision course with Supreme Court precedent, and with the most basic freedoms of religious institutions.

The Human Rights Campaign is the leading advocacy group seeking to compel the Church to change its unchangeable teaching concerning the nature of marriage. It has urged its supporters to proceed with the kinds of actions which the complaint in Richmond demonstrates. Such an approach is a clear threat to our first freedom - religious freedom.

The Subversion of the First Amendment

The Establishment Clause of the First Amendment to the Bill of Rights was intended to protect against the establishment of a National Church and a forced adherence to its doctrine by all citizens. It was more aptly understood as an Anti-Establishment Clause. Sadly, the interpretation of the Clause has devolved into an interpretation that is hostile to religious institutions, that discriminates against people of faith and seeks to censor religious speech and expression in the public square.

The Free Exercise Clause of the First Amendment was intended to protect religious institutions and people of faith in their vital role in speaking and acting in a pluralistic society. The Founders presumed that the values informed by religious faith were to be esteemed and welcomed because they actually serve the common good of all, including those who hold no religious beliefs. Sadly, the Free Exercise Clause has been turned on its head - and is now used all too often to silence the Church and the religious.

Finally, the Free Speech clause has also been subverted. When the "State" determines that an actor or speaker has a "religious" or even a "moral" message, its important protections no longer seem to apply. Such speech is now routinely censored. This is one of the dangers of what Pope Emeritus Benedict XVI once labeled a "Dictatorship of Relativism." In a culture that insists there is no objective truth, those who claim otherwise are perceived as a threat.

We should pray that the Hosanna-Tabor decision will continue to protect the Church and religious institutions. But we should not delude ourselves: the first volleys in the war against American religious freedom have already been launched.

-----
Deacon Keith A. Fournier is Founder and Chairman of Common Good Foundation and Common Good Alliance. A member of the clergy, a Roman Catholic Deacon, he is also a constitutional/ human rights lawyer and public policy advocate who served as the first and founding Executive Director of the American Center for Law and Justice in the nineteen nineties. He has long been active at the intersection of faith, values and culture and currently serves as Special Counsel to Liberty Counsel. Deacon Fournier is also a Senior Contributing Writer for THE STREAM

The Stream is a national daily championing freedom, smaller government and human dignity. Offering both original content and the best from across the web, The Stream challenges the worst in the mainstream media while offering a rich and lively source for breaking news, inspiration, analysis and entertainment. THE STREAM was founded by James Robison, a longtime prophetic voice to the whole Christian community with a global ministry of evangelism, preaching, teaching and serving the poor, in all of their manifestations. Jay W. Richards, Ph.D., serves as the Executive Editor of The Stream.