Belmont Abbey College Takes on Caesar: Has a New Catholic Resistance Begun in the US?

We live in a time when the Church is called to be a believing community of resistance. We need to call things by their true names. We need to fight the evils we see. And most importantly, we must not delude ourselves into thinking that by going along with the voices of secularism and de-Christianization we can somehow mitigate or change things. Only the Truth can set men free. We need to be apostles of Jesus Christ and the Truth he incarnates (Archbishop Chaput) 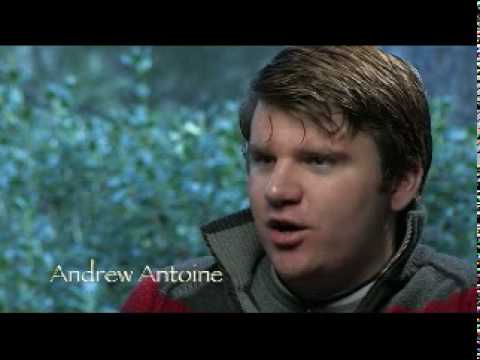 P>BELMONT, NC (Catholic Online) -  Belmont Abbey College is nestled in beautiful Belmont, North Carolina, a picturesque campus not too far from Charlotte, North Carolina. The College was founded by Benedictine Monks in 1876 and stands as a sign of hope for Catholic Higher Education. It is a bright light in the Catholic Church in the United States and a vital part of the New Evangelization.

When President William Thierfelder began his leadership of the school he made a public profession of faith and took the oath of fidelity to the Church's Magisterium in fidelity with Blessed John Paul II's decree entitled "From the Heart of the Church" (Ex Corde Ecclesiae, 1990). Every Professor of theology has a Mandatum from their local bishop, which is the official church recognition that they intend to teach in full communion with the teaching office of the Catholic Church.

The College's courageous stand against the encroachment of the Federal Government on Religious Freedom when the EEOC sought to force it to distribute contraceptives was an example of heroic Catholic witness and inspired many.  In a recent article in the re-launched "Crisis Magazine" entitled "At Belmont Abbey, Catholics Fight Back" Gerald J. Russello explains the recent act of courage undertaken by Belmont Abbey College:

"Earlier this month, Belmont Abbey College, a small, century-old Benedictine college in North Carolina that has deep devotion to its Catholic identity, sued the federal government for violating its rights to worship freely because of certain provisions of the 2010 Affordable Care Act, known as "Obamacare." Among other things, the Act requires institutions to include the provision of coverage for abortion and contraceptives as part of their insurance plans. Providing such coverage would, of course, violate the Catholic principles of Belmont Abbey and countless other religious institutions.

"As has been widely reported, before filing this suit, Belmont Abbey struggled against the federal Equal Employment Opportunity Commission that had claimed the college was "discriminating" against women for not including such services in its insurance coverage. Remarkably, Belmont Abbey is almost the only Catholic educational institution to resist the act or similar laws that have been passed across the country at the state level."

I suggest that this recent action of Belmont Abbey is an act of an emerging Catholic Resistance in the United States. It may also signal a new turn in our relationship with an increasingly hostile federal government.

On Tuesday, August 24, 2010, Archbishop Charles Chaput of Philadelphia addressed the Canon Law Association of Slovakia. The address was, entitled "Living within the Truth: Religious Liberty and Catholic Mission in the new order of the world. I was reminded of his words when I read of the recent action of Belmont Abbey College.

The Archbishop spoke of the necessity of living "within the Truth" and spoke of forming a "Catholic Resistance". Belmont Abbey is doing that.

In discussing the decline of Western Culture the Archbishop began with these words, "Tertullian once famously said that the blood of martyrs is the seed of the Church. History has proven that to be true.  And Slovakia is the perfect place for us to revisit his words today.  Here, and throughout central and eastern Europe, Catholics suffered through 50 years of Nazi and Soviet murder regimes.  So they know the real cost of Christian witness from bitter experience -- and also, unfortunately, the cost of cowardice, collaboration and self-delusion in the face of evil.

"I want to begin by suggesting that many Catholics in the United States and Western Europe today simply don't understand those costs.  Nor do they seem to care.  As a result, many are indifferent to the process in our countries that social scientists like to call "secularization" - but which, in practice, involves repudiating the Christian roots and soul of our civilization."

He then assessed the true state of the West with a rare and sober clarity, warning, "We face an aggressively secular political vision and a consumerist economic model that result - in practice, if not in explicit intent -- in a new kind of state-encouraged atheism. To put it another way:  The Enlightenment-derived worldview that gave rise to the great murder ideologies of the last century remains very much alive.  Its language is softer, its intentions seem kinder, and its face is friendlier.

"But its underlying impulse hasn't changed -- i.e., the dream of building a society apart from God; a world where men and women might live wholly sufficient unto themselves, satisfying their needs and desires through their own ingenuity. This vision presumes a frankly "post-Christian" world ruled by rationality, technology and good social engineering.  Religion has a place in this worldview, but only as an individual lifestyle accessory.

"People are free to worship and believe whatever they want, so long as they keep their beliefs to themselves and do not presume to intrude their religious idiosyncrasies on the workings of government, the economy, or Borrowing a trenchant phrase from the late Cardinal Henry de Lubac he warned of the rise of "inhuman humanism" and called for a Catholicism of Resistance:

"Today's secularizers have learned from the past.  They are more adroit in their bigotry; more elegant in their public relations; more intelligent in their work to exclude the Church and individual believers from influencing the moral life of society. Over the next several decades, Christianity will become a faith that can speak in the public square less and less freely.

"A society where faith is prevented from vigorous public expression is a society that has fashioned the state into an idol. And when the state becomes an idol, men and women become the sacrificial offering. Cardinal Henri de Lubac once wrote that "It is not true that man cannot organize the world without God. What is true, is that without God, [man] can ultimately only organize it against man. Exclusive humanism is inhuman humanism."

"The West is now steadily moving in the direction of that new "inhuman humanism." And if the Church is to respond faithfully, we need to draw upon the lessons that your Churches learned under totalitarianism. A Catholicism of resistance must be based on trust in Christ's words: "The truth will make you free."  This trust gave you insight into the nature of totalitarian regimes. It helped you articulate new ways of discipleship.  Rereading the words of the Czech leader Václav Havel to prepare for this talk, I was struck by the profound Christian humanism of his idea of "living within the truth." Catholics today need to see their discipleship and mission as precisely that: "living within the truth."

Like all prophetic men, the Archbishop of Denver used language in this extraordinary address which is inspired in the true sense of the word, filled with the Spirit. He also pulled no punches. The speech contained  a searing and insightful analysis of what is rotting western civilization from within.

However, also like truly prophetic Christian men, the Bishop did not leave us there. He proposed a heroic response of living faith and sacrificial action:

"We live in a time when the Church is called to be a believing community of resistance. We need to call things by their true names. We need to fight the evils we see. And most importantly, we must not delude ourselves into thinking that by going along with the voices of secularism and de-Christianization we can somehow mitigate or change things. Only the Truth can set men free. We need to be apostles of Jesus Christ and the Truth he incarnates. So what does this mean for us as individual disciples? Let me offer a few suggestions by way of a conclusion.

"My first suggestion comes again from the great witness against the paganism of the Third Reich, Dietrich Bonhoeffer:  'The renewal of the Western world lies solely in the divine renewal of the Church, which leads her to the fellowship of the risen and living Jesus Christ.' The world urgently needs a re-awakening of the Church in our actions and in our public and private witness. The world needs each of us to come to a deeper experience of our Risen Lord in the company of our fellow believers. The renewal of the West depends overwhelmingly on our faithfulness to Jesus Christ and his Church.

"We need to really believe what we say we believe. Then we need to prove it by the witness of our lives. We need to be so convinced of the truths of the Creed that we are on fire to live by these truths, to love by these truths, and to defend these truths, even to the point of our own discomfort and suffering. We are ambassadors of the living God to a world that is on the verge of forgetting him. Our work is to make God real; to be the face of his love; to propose once more to the men and women of our day, the dialogue of salvation.

"The lesson of the 20th century is that there is no cheap grace. This God whom we believe in; this God who loved the world so much that he sent his only Son to suffer and die for it, demands that we live the same bold, sacrificial pattern of life shown to us by Jesus Christ.  The form of the Church, and the form of every Christian life, is the form of the cross. Our lives must become a liturgy, a self-offering that embodies the love of God and the renewal of the world."

We need to heed Archbishop Chaput's call for a Catholicism of Resistance. You can read the entire address here. We also need to stand strong with Belmont Abbey College in prayer and solidarity.