Selective Reduction? Killing a Twin in the Womb and the Culture of Death

Free World Class Education
FREE Catholic Classes
The article in the New York Times Magazine reveals the level of evil to which we have devolved in the West. God save us!

"We created this child in such an artificial manner - in a test tube, choosing an egg donor, having the embryo placed in me - and somehow, making a decision about how many to carry seemed to be just another choice. The pregnancy was all so consumerish to begin with, and this became yet another thing we could control." Selective Reductions are targeted raids on children using chemical weapons in order to kill them. 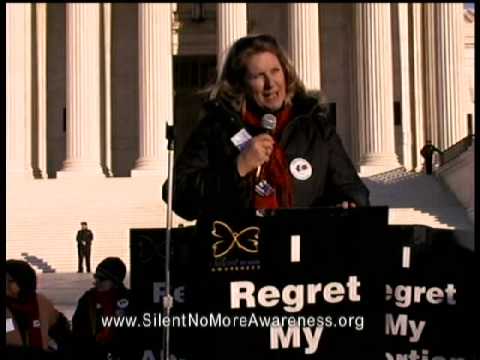 P>NEW YORK, NY (Catholic Online) - On August 10, 2011, the New York Times Magazine ran an article written by Ruth Padawer, entitled "The Two-Minus-One Pregnancy." It addresses a deadly practice which is now part of the culture of death, the intentional killing of a twin by his or her mother for any reason. It is referred to in the sterile language of the culture of death as "selective reduction".

I have written about the practice before. For example, in an article entitled "Selective Reduction Abortions Increasing: Children Have Become Commodities." That story was prompted by a piece written by Tom Blackwell for Canada's "National Post" entitled "When is Twins Too Many?"  He told the story of a Toronto couple who are part of this trend:

"Like so many other couples these days, the Toronto-area business executive and her husband put off having children for years as they built successful careers. Both parents were in their 40s - and their first son just over a year old - when this spring the woman became pregnant a second time. Seven weeks in, an ultrasound revealed the Burlington, Ont., resident was carrying twins.

"It came as a complete shock," said the mother, who asked not to be named. "We're both career people. If we were going to have three children two years apart, someone else was going to be raising our kids. ... All of a sudden our lives as we know them and as we like to lead them, are not going to happen."

"She soon discovered another option: Doctors could "reduce" the pregnancy from twins to a singleton through a little-known procedure that eliminates selected fetuses - and has become increasingly common in the past two decades amid a boom in the number of multiple pregnancies. Selective reductions are typically carried out for women pregnant with triplets or greater, where the risk of harm or death climbs sharply with each additional fetus.

"The Ontario couple is part of what some experts say is a growing demand for reducing twins to one, fueled more by socio-economic imperatives than medical need, and raising vexing new ethical questions. Experts question whether parents should choose to terminate a fetus just because of the impact the child would have on their lives, and note that even more medically necessary reductions can trigger lifelong angst and even threaten marriages. The mother said the Toronto doctor who eventually did her reduction performs several a month."

The article interviewed a "counselor" who said she tried to "help" these parents. She explained she did so in what she called "a nonjudgmental way." She admitted that the trend "saddens and scares" her, and asks, "Is this a healthy thing? We have to ask these questions: Where does it stop? When do children become a commodity?"

The woman who killed her child in Canada said she had "no regrets", and said she believed the option should be openly available to all parents expecting twins." Here are her exact words, "I'm absolutely sure I did the right thing. I had read some online forums; people were speaking of grieving, feeling a sense of loss. I didn't feel any of that. Not that I'm a cruel, bitter person ... I just didn't feel I would be able to care for (twins) in a way that I wanted to."

Blackwell interviewed a New York City obstetrician who has expanded his practice of selectively killing children in the womb. He explained, "In North America, couples can choose to have an abortion for any reason".  Blackwell ended the article noting just how the killing of the children is accomplished, "Fetal reductions are most commonly conducted by inserting an ultrasound-guided needle through the mother's abdomen and into the uterus, injecting a potassium chloride solution into the chosen fetus or fetuses, stopping their hearts."

Now the same evil is reported on by the New York Times: "As Jenny lay on the obstetrician's examination table, she was grateful that the ultrasound tech had turned off the overhead screen. She didn't want to see the two shadows floating inside her. Since making her decision, she had tried hard not to think about them, though she could often think of little else.

"She was 45 and pregnant after six years of fertility bills, ovulation injections, donor eggs and disappointment - and yet here she was, 14 weeks into her pregnancy, choosing to extinguish one of two healthy fetuses, almost as if having half an abortion. As the doctor inserted the needle into Jenny's abdomen, aiming at one of the fetuses, Jenny tried not to flinch, caught between intense relief and intense guilt.

"Things would have been different if we were 15 years younger or if we hadn't had children already or if we were more financially secure," she said later. "If I had conceived these twins naturally, I wouldn't have reduced this pregnancy, because you feel like if there's a natural order, then you don't want to disturb it.

"But we created this child in such an artificial manner - in a test tube, choosing an egg donor, having the embryo placed in me - and somehow, making a decision about how many to carry seemed to be just another choice. The pregnancy was all so consumerish to begin with, and this became yet another thing we could control."

"Jenny's decision to reduce twins to a single fetus was never really in doubt. The idea of managing two infants at this point in her life terrified her. She and her husband already had grade-school-age children, and she took pride in being a good mother. She felt that twins would soak up everything she had to give, leaving nothing for her older children. Even the twins would be robbed, because, at best, she could give each one only half of her attention and, she feared, only half of her love.

"Jenny desperately wanted another child, but not at the risk of becoming a second-rate parent. "This is bad, but it's not anywhere as bad as neglecting your child or not giving everything you can to the children you have," she told me, referring to the reduction. She and her husband worked out this moral calculation on their own, and they intend to never tell anyone about it. Jenny is certain that no one, not even her closest friends, would understand, and she doesn't want to be the object of their curiosity or feel the sting of their judgment."

Selective Reductions are targeted raids on children using chemical weapons in order to kill them. They are being multiplied by the growing practice of In Vitro fertilization. On June 20, 2008 the Vatican released an instruction called "the Dignity of the Human Person" which dealt with "Certain Bioethical Questions". In the section concerning the deliberate destruction of embryos we read:

"The fact that the process of in vitro fertilization very frequently involves the deliberate destruction of embryos was already noted in the Instruction Donum Vitae (The Gift of Life). There were some who maintained that this was due to techniques which were still somewhat imperfect. Subsequent experience has shown, however, that all techniques of in vitro fertilization proceed as if the human embryo were simply a mass of cells to be used, selected and discarded.

"It is true that approximately a third of women who have recourse to artificial procreation succeed in having a baby. It should be recognized, however, that given the proportion between the total number of embryos produced and those eventually born, the number of embryos sacrificed is extremely high.

"These losses are accepted by the practitioners of in vitro fertilization as the price to be paid for positive results. In reality, it is deeply disturbing that research in this area aims principally at obtaining better results in terms of the percentage of babies born to women who begin the process, but does not manifest a concrete interest in the right to life of each individual embryo.

"It is often objected that the loss of embryos is, in the majority of cases, unintentional or that it happens truly against the will of the parents and physicians. They say that it is a question of risks which are not all that different from those in natural procreation; to seek to generate new life without running any risks would in practice mean doing nothing to transmit it.

"It is true that not all the losses of embryos in the process of in vitro fertilization have the same relationship to the will of those involved in the procedure. But it is also true that in many cases the abandonment, destruction and loss of embryos are foreseen and willed. Embryos produced in vitro which have defects are directly discarded. Cases are becoming ever more prevalent in which couples who have no fertility problems are using artificial means of procreation in order to engage in genetic selection of their offspring."

In "selective reductions" or "Two minus One Pregnancies" the killing of "excess" children simply continues after implantation in the womb of their mother. The Mother and father choose to selectively execute their child. In 1987, the Vatican's Congregation for the Doctrine of the Faith issued its important direction entitled "Instruction on Respect for Human Life in its Origin and on the Dignity of Procreation". Among the questions it answered was: "What Respect is due to the human embryo, taking into account his nature and identity?" The answer: "The human being must be respected - as a person - from the very first instant of his (her) existence."

Sometimes when Catholic writers like me quote Church sources, the proponents of calling the killing of children a "right" try to dismiss us by saying this is just our "religious position". The medical facts confirm what our consciences have always told us, that is when we still had consciences; the child in the womb is one of us, our neighbor.

We now routinely intervene to operate on her when she is in need. We take 4d Ultrasounds of him and make our greeting cards with them. The child, from the moment of conception is, just like each one of us, a human person in development. That development continues throughout life. Killing one of these children is killing our innocent neighbor. Terms such as "selective reduction" and "two minus one pregnancy" are more examples of deadly Orwellian Newspeak.

The Canadian counselor's question was answered in the West long ago, "When do children become a commodity?" They became a commodity when their killing was legalized. The evil is covered over by deadly, loaded language like "selective reduction" and "choice". The article in the New York Times Magazine reveals the level of evil to which we have now devolved in the West. God save us!