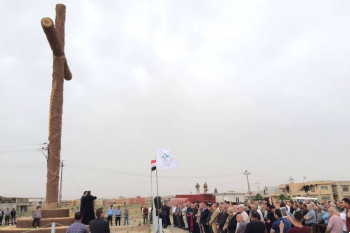 The organization works to support Eastern Christians with humanitarian material aid; it has permanent missions in Syria, Iraq, Lebanon, and Egypt.

SOS Chretiens d'Orient has said four of its employees disappeared Jan. 20 after they made a trip to an appointment by car. The group tried to contact them the following day, unsuccessfully.

"It was clear that they had disappeared" by Jan. 22 "and therefore we immediately alerted the French authorities," the group said, adding that both French and Iraqi authorities are working to find them.

The missing employees had gone to Baghdad "to renew their visas and the registration of association with the Iraqi authorities and to monitor the association's operations" in the country.

In a Jan. 24 statement, SOS Chretiens d'Orient said that "we have received no ransom demand, no information on the fate of our four friends and collaborators. We are of course in close contact with their families. The association and all our teams share their terrible concern."

Christians in Iraq have suffered persecution in recent years, especially during the invasion of the Islamic State.

Prior to when the United States invaded Iraq in 2003, there were about 1.5 million Iraqi Christians. Today, that number is believed to be fewer than 500,000.