Chile has removed the statute of limitation on sex crimes against children and adolescents, though the new law is not retroactive. The move comes in the wake of major controversies about abusive Catholic clergy and attempts at reform in the Catholic Church in Chile. 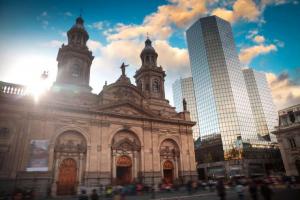 Santiago, Chile, (CNA) - "Beginning today, the passing of time will never more be an accomplice to those who abuse our children, nor an ally of impunity," said Chile's President Sebastian Pinera, a center-right politician who signed the bill into law July 11.

The bill was first proposed in 2010, Reuters reports. Going forward, there will be no statute of limitations on rape, sexual abuse, production of pornographic materials and prostitution where children and adolescents are the victims.

Depending on the crime, previous limitations on prosecution ranged from five to 10 years after the alleged incident.

In 2017, there were 22,540 total complaints about sexual abuse where children or teenagers were the main victims, figures from Chile's state prosecutors said, according to Agence Presse France.

Chile's public ministry has said it is currently investigating more than 150 allegations of sexual abuse or cover-up involving the Catholic Church.

The Chilean bishops' conference on April 30 signed a collaboration agreement with public prosecutors to streamline the investigation of sexual abuse by clergy.

When bishops receive an accusation of abuse they must deliver evidence to prosecutors within 24 hours. The agreement is meant "to facilitate the exchange of information concerning past, present, and future investigations of delicts of a sexual nature committed by diocesan clerics against children, adolescents, or persons with disabilities."

In March 2019 the Santiago archdiocese accepted a Chilean court ruling that the Catholic Church in the country must compensate victims of former priest and serial sex abuser Fernando Karadima. The archdiocese voiced hope that the ruling can help restore trust and prevent further mishandling of abuse, "because it points directly to the errors that we made in this case."

The court unanimously ruled that the Church owed "moral damages" to Karadima's victims Juan Carlos Cruz, Jose Andres Murillo, and James Hamilton, and must pay them $146,000 each, the Associated Press reported.

The court ruling cited "negligence" in the Church's official investigation of abuse reports, saying church authorities "discarded" the reports instead of considering whether they had elements of truth.

The Santiago archbishop's office said it would not appeal the decision, saying the ruling "marks an important step in our process of re-establishing justice and trust in our Church of Santiago, because it points directly to the errors that we made in this case."

Efforts to change the time limits on prosecutions had support from Karadima's victims, but also drew supporters outraged over the 2018 rape and murder of a 20-month-old infant girl by a family member.

Although Karadima was not charged under civil law due to statutes of limitations, he was found guilty in 2011 of sexual abuse of minors by the Vatican's Congregation for the Doctrine of the Faith. At that time he was sentenced to a life of penance and prayer, and barred from any public exercise of ministry. Pope Francis dismissed Karadima from the clerical state in September 2018.

The former priest, who is now in his late eighties, has denied the accusations of sexual abuse. For decades he led a lay movement from his Santiago-area parish. He is considered to have personally fostered around 40 vocations to the priesthood, including several priests who have become bishops.

Karadima's abuse became the focus of attention in Chile after the 2015 appointment of one of his protĂ©gĂ©s, Bishop Juan de la Cruz Barros Madrid to a new position as Bishop of Osorno. Barros, who had previously headed the Military Ordinariate of Chile, had been accused of covering up his mentor's abuses.

Pope Francis initially defended Barros, saying he had received no evidence of the bishop's guilt.  He called accusations against the bishop "calumny" during a trip to Chile in January.

He later sent Archbishop Charles Scicluna of Malta to investigate the situation in Chile. After receiving Scicluna's report, the pope apologized, said that he had been seriously mistaken, and asked to meet the country's bishops and some abuse victims in person.

In May 2018, the pope met with Chile's bishops. He rebuked them for systemic cover-up of clerical abuse and called on them to make deep changes. He asked all of them to offer their resignations, to be accepted or rejected later. The bishops did so the following day. Pope Francis has accepted the resignations of several of the bishops.