Muslims are by far the greatest perpetrators of terrorism around the world, according to a report from PeaceTech Lab, visualized by Esri Story. The map is updated daily, so it also provides information on all 2016 terror attacks. 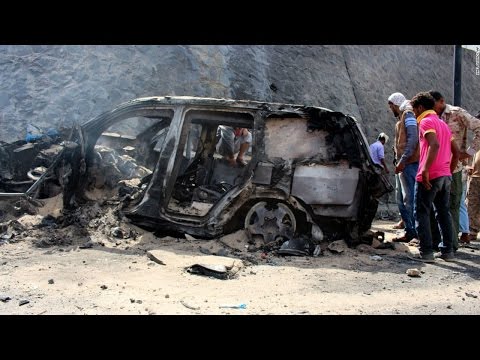 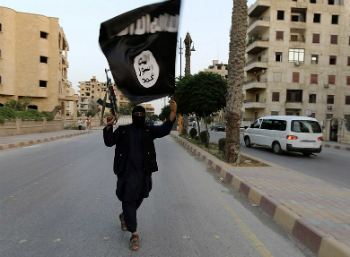 The Islamic State is the world's leading perpetrator of terrorism.

There are a few attacks each year associated with other groups besides Muslims. Drug cartels and guerrilla movements are responsible for a few attacks and fatalities. However, the vast majority of the attacks have been perpetrated by Muslims.

Most of the attacks have occurred in the Middle East and Asia where Muslims are numerous and often clash with one another or their neighbors.

It is difficult to say what is responsible for the militant strains of Islam that inspire people to attacks others, but it is a feature of the religion. Every religion seems to have a militant branch, but not all actually engage in terrorism.

The last cases of Christian terrorism occurred during the 1990s as Catholics and Protestants clashed over the political and religious status of Northern Ireland. 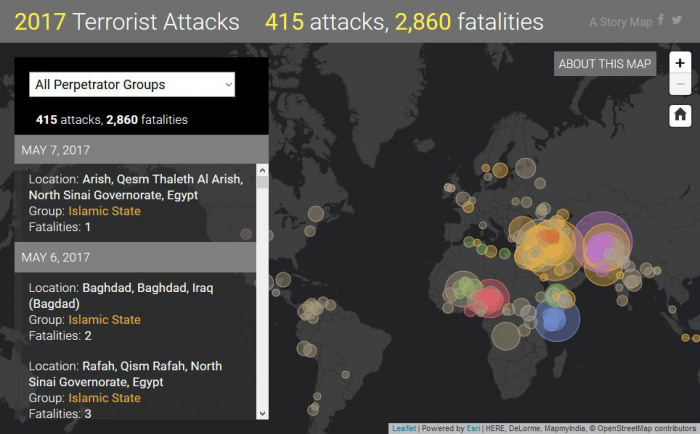 Between 2016 and today, there have been nearly 20,000 victims of terrorist attacks. Virtually all have been at the hands of Islamic militants.

There's little consolation when viewing these numbers. Perhaps the only comfort is the knowledge that terrorism is still an uncommon way to die. Most people will die from heart or respiratory failure, instead of terrorism. In some countries, such as the United States, you are more likely to die in a plane crash, be attacked by a shark, or win the lottery, than to die in a terror attack.

Still, this is no comfort to the families of the 20,000 victims claimed since January of 2016 by Islamic terrorism.

You can view a visualization of the data by clicking here.