Pope Francis urged Catholics to meditate on the final judgement at a Mass offered Monday for the souls of cardinals and bishops who died within the past year. 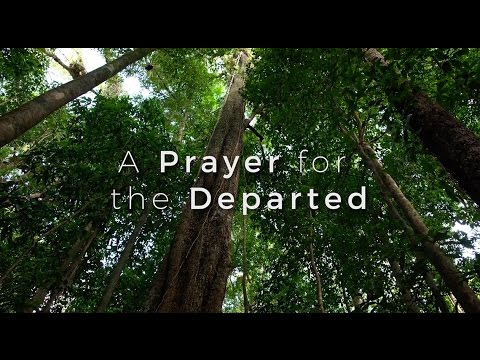 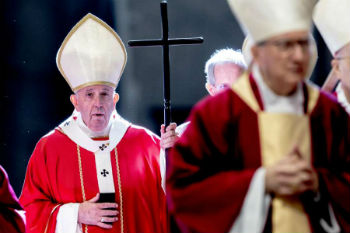 Vatican City, (CNA) - Pope Francis urged Catholics to meditate on the final judgement at a Mass offered Monday for the souls of cardinals and bishops who died within the past year.

"Saint Ignatius suggests, before making an important decision, to imagine oneself before God at the end of days," Pope Francis said in his homily in St. Peter's Basilica Nov. 4.

"Every life choice confronted with that perspective is well oriented, because it is closer to the resurrection, which is the meaning and purpose of life," the pope said.

Pope Francis then quoted St. Ignatius' Spiritual Exercises: "Considering how I will find myself on the day of judgement, think how I would have decided about the present thing, and the rule I would like to have kept then, take it now."

The Mass, celebrated at the Altar of the Chair, was offered for the repose of the souls of 13 cardinals and 147 bishops who died between Oct. 2018-19.

Among them is American Cardinal William Levada, former prefect of the Congregation for the Doctrine of Faith, Cuban Cardinal Jaime Ortega, Belgian Cardinal Godfried Danneels, and Bishop Robert Morlino of Madison. There were 24 American bishops among the dead.

"Compassion for others opens the gates of eternity. To bend down on the needy to serve them is to make an antechamber for paradise," Pope Francis said in his homily.

"If indeed, as St. Paul reminds us, 'charity will never end,' then it is precisely the bridge that connects heaven and earth," he said.

Pope Francis recommended examining oneself with the reflection: "Do I live 'by going to the Lord' or revolving around myself?" He said that this question can be asked of one's work at the office and interactions with others.

"In the people I met, did I involve Jesus, did I bring them to Him in prayer? Or did I do everything while remaining in my thoughts, only rejoicing in what was good for me and complaining about what was wrong with me?" he questioned.

The pope suggested further questions for self-reflection: "Do I let myself be moved by the situation of someone in need? Can I cry for those who suffer? Do I pray for those whom nobody think of? Do I help someone who has nothing to give me back?"

Pope Francis said that reflecting on the last judgement can help one "to make choices that have the flavor of eternity, the taste of love."

"Among the many voices of the world that make us lose our sense of existence, let us tune in to the will of Jesus, risen and alive: let us make today what we live at the dawn of  the resurrection," the pope said.