The Congregation for the Oriental Churches has rejected the appeal of Sister Lucy Kalapura, who was dismissed from religious life in August for several acts of disobedience, including a protest of the handling of another nun's accusation that a bishop serially raped her. 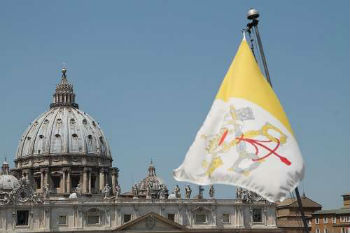 Vatican City, (CNA) - The Congregation for the Oriental Churches has rejected the appeal of Sister Lucy Kalapura, who was dismissed from religious life in August for several acts of disobedience, including a protest of the handling of another nun's accusation that a bishop serially raped her.

The congregation's Sept. 26 decree denying recourse to the nun of the Franciscan Clarist Congregation  was conveyed in an Oct. 11 letter from the apostolic nunciature in India.

Sr. Lucy has the right to further appeal to the Apostolic Signatura.

However, she told the BBC that "I don't see any point in doing that since they have made up their mind. I will now go to court on behalf of all the people who are being suppressed and facing illegal behaviour from authorities of the congregation."

She maintained: "I am not going to leave the convent. The lifestyle I lead is as per the rules and regulations."

Sr. Lucy was sent a letter Aug. 5 from the superior general of the FCC, Sr. Ann Joseph, notifying her she had been dismissed from the community, which decision had been confirmed by the Congregation for the Oriental Churches.

Sr. Lucy has led a life against the principles of religious life, the community says, by disobeying a transfer order, publishing poems after having been denied permission to do so, buying a vehicle, withholding her salary from the congregation, and participating in a protest against Bishop Franco Mulakkal of Jullundur, who has been charged with several instances of raping a nun of a different congregation.

The letter from Sr. Ann Joseph said that Sr. Lucy "did not show the needed remorse and you failed to give a satisfactory explanation for your lifestyle in violation of the proper law of the FCC."

Sr. Lucy had been sent a letter of warning Jan. 1, asking that she appear before Sr. Ann by Jan. 9 to explain her disobediences, or face expulsion from the congregation.

In January Sr. Lucy said that the congregation was trying to silence her, and denied any wrongdoing.

She was sent a second letter of warning in February, and India Times reported that she "failed to respond to a notice issued against her in March".

The congregation's General Council, held May 11, voted unanimously to dismiss Sr. Lucy, and asked for confirmation from the Congregation for the Oriental Churches.

In the January letter of warning sent to Sr. Lucy, the superior general wrote that she joined a protest regarding Bishop Mulakkal "without the permission of your superior. You have published articles in some non-Christian newspapers and weeklies ... gave interviews to 'Samayam' without seeking permission from the provincial superior. Through Facebook, channel discussions and the articles, you belittled the Catholic leadership by making false accusations against it and tried to bring down the sacraments. You tried to defame FCC also. Your performance through social media as a religious sister was culpable, arising grave scandal."

The letter also said Sr. Lucy failed to obey a transfer order given her in 2015 by her provincial superior, and that she published a book of poems despite being denied permission to do so, and used 50,000 Indian rupees ($700) from the congregation's account "without proper permission" to do so.

Sr. Kalapura is also accused of buying a car for about $5,670 and learning to drive without permission, and failing to entrust her salary from December 2017.

Sr. Ann Joseph called these acts "a grave infringement of the vow of poverty."

The superior general added that Sr. Kalapura has been corrected and warned several times by her provincial over her "improper behaviour and violations of religious discipline."

"Instead of correcting yourself, you are simply denying the allegations against you stating that you have to live your own beliefs, ideologies and conviction. You are repeatedly violating the vows of obedience and poverty. The evangelization and social work you do should be according to the FCC values, principles and rules. The present mode of your life is a grave violation of the profession you have made," Sr. Ann Joseph wrote.

Another nun of the FCC, Sister Lissy Vadakkel, was transferred earlier this year from Muvattupuzha to Vijawada.

Sister Alphonas Abraham, superior of the FCC's Nirmala Province, said in February that Sr. Lissy's transfer was unrelated to her acting as a witness in the case against Bishop Mulakkal.

In April, Bishop Mulakkal was charged with rape.