Duolingo, the popular free language learning website and app, has launched a Latin course to help its users say "salve" to Latin fluency. 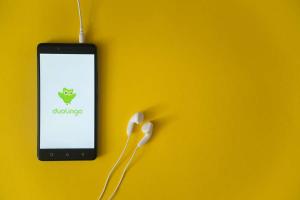 Rome, Italy, (CNA) - "Latin has long been regarded as a 'dead, read' language that only exists on the pages of dusty books. Instead, we strive to consider Latin as a language of communication â€" a language which people can speak and, most importantly, one that people can learn by speaking," Dr. Marco Romani told CNA via email.

Romani is the outreach manager for the Paideia Institute, an educational organization promoting study of Latin and Ancient Greek, which partnered with Duolingo in creating the web-based Latin program.

He said the course was made for beginners and "doesn't assume any previous familiarity with Latin. Anyone can complete it successfully and get to an above-average level of fluency in Latin conversation."

Learning Latin conversation is what makes the Duolingo course different from more traditional means of studying the ancient language, he said, explaining that they chose to focus the course on conversation over grammar with a goal of helping learners "acquire a basic vehicular fluency."

Most traditional Latin teachers, instead, focus on the translation of Latin texts, according to Romani. Duolingo teaches "simple conversational phrases which gradually help learners internalize the most important linguistic structures they need to improve their Latin."

Romani pointed to the audio features of the course as one way this is accomplished. Audio is embedded throughout, allowing learners to listen to any Latin sentence they are working on, he said.

The course uses classical Latin pronunciation, however, which differs from the ecclesiastical pronunciation that most Catholics will be used to hearing at Mass or in other Church contexts.

But spoken Latin provides "a good foundation" for further study of the language, Romani said. The course teaches "simple conversational phrases which gradually help learners internalize the most important linguistic structures they need to improve their Latin."

Benefits to learning Latin? There are many, he said, but one is that about 65% of English vocabulary comes from Latin, "and that figure rises if you look at polysyllabic words or at the vocabulary of technical and scientific disciplines."

"Studying Latin boosts your mastery of your own language," he stressed.

Latin can also "transcend national boundaries," he said and gives you access "to the immense body of literature written in Latin from antiquity up to the modern age."

"You can gain a better appreciation of authors like Augustine, Bonaventure, and Thomas Aquinas â€" which I think is important to Catholics and non-Catholics alike," he said.

And it is not just professors and specialists who are passionate about Latin, Vatican Radio journalist Alessandro De Carolis told CNA.

The program, which airs every Saturday, gives a five-minute weekly recap of papal and Vatican news, completely in Latin.

Launched in June, it is produced with help from the pope's Latin Letters office, which is part of the Secretariat of State and is the office responsible for writing and translating Church documents into Latin.

The pope's Latinists, De Carolis said, not only read and write Latin, they also speak it among themselves. "They keep this language that would die, they keep it pretty alive instead."

He said Latin is a language which has renewed itself throughout the centuries. "In fact, Latin never died," he argued, "because even today the Latinists of the pope are inspired to create new words that did not exist in classical Latin to explain modern terms."

For example, he said, if they report some news regarding the computer, they need a Latin word for computer. "There is this work even to create words [in Latin] for these more modern concepts."

Hebdomada Papae airs through Vatican Radio's Italian language audio channels but will soon be available also through the English channel. The program can also be heard on the web.

Fr. Waldemar Turek, director of the Latin Letters Office, also hosts an Italian radio program about Latin directly following Hebdomada Papae called "Anima Latina" and exploring the value and significance of Latin as the language of the Church.

As an employee of the Secretariat of State, Turek declined to give an interview for this story, citing Vatican policy.

De Carolis recalled a comment by Vatican News editorial director Andrea Tornielli, who first proposed the idea of the Latin news program, that Latin is a language "that looks toward the future."

"Seems like a paradox," De Carolis said, but he thinks it is true.

He believes that, "certainly tomorrow and the day after tomorrow, we will always in some way, somewhere in the world, continue to speak Latin."