The decision by the Court of Appeal in Victoria to reject Cardinal George Pell's appeal of his conviction for child sex abuse Wednesday has divided opinion among court watchers, both Catholic and secular. 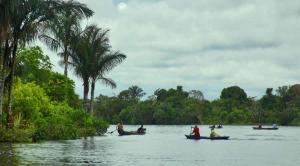 Melbourne, Australia, (CNA) - Reactions to the ruling ranged from celebrations that Pell will remain in prison, to questions being raised about the entire Australian legal system.

Cardinal Pell's spokesperson released a short statement after the decision, saying that the cardinal was "obviously disappointed" but will continue the legal process.

"While noting the 2-1 split decision, Cardinal Pell maintains his innocence," said the statement. "We thank his many supporters."

Pell may still appeal to the High Court, Australia's supreme judicial body. If the court decides to hear his appeal, there could still be months or even years before a final decision is reached. But in the meantime, Australian Prime Minister Scott Morrison said the Court of Appeals' ruling meant that Pell will be stripped of his Order of Australia honors.

"My understanding is that this [appeal loss] would result in the stripping of the honours that are decided externally to the government," said Morrison.

"That is a process that is done independently, and that course will now follow."

Many people who were outside the court while the decision was being read were happy with the news.

Julie Cameron, who was described in Australian media as an advocate for survivors of child sexual abuse, said that the ruling meant that "the largest protected pedophile ring in the world is busted."

Videos taken from outside the courtroom showed a crowd cheering "victory" at the decision, while another stated "we're never giving up, we're never going away."

Herald Sun columnist Andrew Bolt offered a different view from much of the media coverage of Pell's trial, saying in a post that the conviction makes "no logical sense" and that there were many "improbabilities" to the prosecution's case.

"Even if Pell could physically have been in the sacristy, in time, and without being seen, and physically done these attacks, how insane would he have to be to do all this, attack two boys he didn't know, in an open room in a busy cathedral?" said Bolt in a piece published after the decision.

Australian Catholic leadership also had varying reactions to the decision.

Archbishop Anthony Fisher, who succeeded Pell as leader of the Sydney archdiocese said he was "limited in my ability to comment on today's outcome," since Pell could still lodge a further appeal.

"Today's split decision amongst the judges is consistent with the differing views of the juries in the first and second trials, as well as the divided opinion amongst legal commentators and the general public," Fisher said in a statement.

"Reasonable people have taken different views when presented with the same evidence and I urge everyone to maintain calm and civility."

Archbishop Peter A. Comensoli of Melbourne, another of Pell's former dioceses, said in a statement that he "respectfully receives the Court's decision," and that he "encourages everyone to do the same."

Comensoli remarked that "the complexity of the search for the truth in this matter has tested many, and may very well continue to do so."

The archbishop said that he was praying for the man who accused Pell of sexual abuse, and that he would offer spiritual and pastoral help to him if he so wanted it. Notably, Comensoli declined to use the word "victim" or "survivor" to describe the man.

Additionally, Comensoli said that he will "ensure that Cardinal Pell is provided pastoral and spiritual support while he serves the remainder of his sentence" of six years in prison.

The Vatican issued a cautious statement "acknowledging" the decision.

Bruni stated that "as the proceedings continue to develop, the Holy See recalls that the Cardinal has always maintained his innocence throughout the judicial process and that it is his right to appeal to the High Court." A canonical process to assess the accusations against Pell has formally been opened, but remains pending until the entire criminal process in Australia concludes.

As a body, the Catholic bishops of Australia offered a similarly carefully worded response to the news.

The Australian Catholic Bishops Conference (ACBC), which represents all of the country's bishops and archbishops, said that while they accepted the judgment, they "acknowledge that this judgement will be distressing to many people."

"The Catholic Bishops of Australia believe all Australians must be equal under the law and accept today's judgement accordingly," said the statement from Archbishop Mark Coleridge of Brisbane, the ACBC president.

Coleridge noted that "this has been and remains a most difficult time for survivors of child sexual abuse and those who support them," and that the Australian clergy has caused much pain in the country.

"We remain committed to doing everything we can to bring healing to those who have suffered greatly and to ensuring that Catholic settings are the safest possible places for all people, but especially for children and vulnerable adults," he said.

"I don't accept this outcome because I hope it is appealed to a higher court," he said to the Australian news program 7.30 after the appeal was denied. Elliott has known Pell for over 50 years.

"I believe that George Pell is totally incapable of what he's been accused of, and what he's been convicted for," said Elliott, urging Australian Catholics to "keep calm, and carry on praying" for Pell.