The High Court has agreed to hear in September a bid from the parents of Tafida Raqeeb to take her to Italy for treatment. The five-year-old girl has been comatose since February, and UK doctors want to remove her life-sustaining treatment. 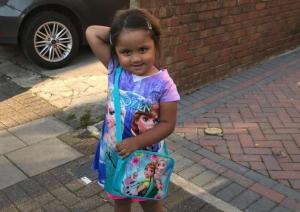 London, England, (CNA) - The UK doctors have barred Raqeeb's parents from taking her abroad for treatment.

Two doctors from the Gaslini Childrenâ€ s Hospital in Genoa examined Raqeeb via video link earlier this month, and they agreed to care for her in Italy. They said they did not believe her to be brain dead.

Bishop John Sherrington, an auxiliary bishop of Westminster and the English and Welsh bishops' representative on life issues, said July 18 that "Difficult dilemmas have to be faced. In that process, I hope that all due weight will be given to the wishes of her parents, while also respecting the clinical judgement of the doctors caring for her. Those of us not in possession of all the relevant information might best be reserved in our judgement."

Raqeeb's parents, Mohammed Raqeeb and Shelina Begum, asked the High Court in London July 16 to allow her to leave the country; its decision to hear the case was made July 22.

The court will hold a week-long hearing on Raqeeb's case. They will also review the refusal of Royal London Hospital to allow her to be removed and taken to Italy.

Raqeeb suffered an arteriovenous malformation which resulted in a burst blood vessel in her brain, and has been in a coma since Feb. 9.

The AVM triggered cardiac and respiratory arrest, as well as a traumatic brain injury. Doctors at the Royal London Hospital say there is no chance she will recover from her coma, and declared any further medical treatment futile.

Bishop Sherrington wrote that "I trust that the doctors from the Gaslini Childrenâ€ s Hospital in Genoa will be given time and opportunity to come to a well-informed view and to share their prognosis with their colleagues here in London."

"Such international cooperation is essential good practice in the care of tragically difficult lives."

The bishop also offer prayers for strength for Raqeeb and her parents.

"The tragic illness and circumstances of little Tafida Raqeeb will touch everyone who hears of it. I hope it will also move them to pray, as it does me."

He said: "I pray for this little girl that she and her parents are strengthened by the presence of God, by the mercy of God and by the support of all who know and love her."

An online petition supported by the family requesting that Royal London Hospital allow Raqeeb to be transferred to Gaslini Childrenâ€ s Hospital insists that the child should remain on life support.

"Following extensive brain surgery at Kingâ€ s College hospital, doctors informed her parents that she was brain dead and to consider making preparations for her funeral," reads the petition.

"A brain stem test indicated that Tafida did not meet the qualification of â€~brain deathâ€ as she made gasping movements and therefore could not be removed from the ventilator."

Since then, Raqeeb has remained on a ventilator at Royal London Hospital. According to the family, a neurologist has declared her to be in a "deep coma," from which she is beginning to emerge. Her parents say she is able to open her eyes and move her limbs, as well as being able to swallow and react to pain.

Begum has said that doctors initially proposed giving her a tracheostomy and allowing her to return home, to continue recovery.

"The medical team have now changed their mind and want to withdraw ventilation to end her life," Begum wrote as part of a separate online petition organized by the family.

Begum had said she wants to "exercise her rights as a parent."

Raqeeb's family is being represented by Yogi Amin, a human rights lawyer, who said that "The heartbroken family do not want to be caught in a situation where the state overrules the parents' good intentions to arrange [...] treatment in a hospital of their choosing for their disabled daughter."

He added that "There is no evidence that Tafida will be harmed during transit or abroad and her loving parents should have a legal right to elect to transfer their daughter to another hospital for private medical care."

Tafida's case follows similar campaigns by parents in the cases of Charlie Gard and Alfie Evans, who were both terminally ill children in NHS care. In 2017, doctors sought to remove Charlie Gard from his ventilator, despite his parentsâ€ wishes to transfer him to a hospital in New York City. He died in hospice at the age of 11 months, after life support was removed.

Less than a year later, the parents of Alfie Evans also objected to NHS attempts to remove his ventilator, saying they wished to move him to a hospital in Italy. Evans' life support was eventually removed, and he survived for five days breathing on his own before dying just short of his second birthday.