The British parliament voted Tuesday to legalize same-sex marriage and abortion in Northern Ireland "  a vote that will take effect only if the region's own legislature is not functional by Oct. 21. 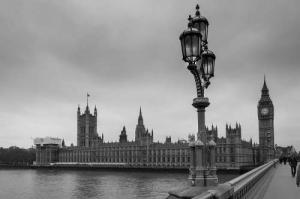 London, England, (CNA) - British MPs voted 383-73 July 9 to add same-sex marriage as an amendment to the Northern Ireland (Executive Formation) Bill, which is designed to keep the region running in the absence of a functioning government.

The vote on an amendment liberalizing abortion provision in the region passed by a vote of 332 to 99.

Both amendments were introduced by Labour MPs.

Northern Ireland has its own Assembly, but it has been suspended for the past two years due to a dispute between the two major governing parties. The Democratic Unionist Party, the largest party, is opposed to changing the law. Sinn FĂ©in, another prominent party in Northern Ireland, backs a liberalization of the abortion law.

British prime minister Theresa May has said in the past that abortion should be a devolved issue for Northern Ireland.

Abortion and same-sex marriage are both legal in both the United Kingdom and the Republic of Ireland. Elective abortion is legal in the rest of the United Kingdom up to 24 weeks, while currently it is legally permitted in Northern Ireland only if the mother's life is at risk or if there is risk of permanent, serious damage to her mental or physical health.

Ahead of the vote in Westminster, Archbishop Eamon Martin of Armagh said that he is "deeply concerned by suggestions that amendments are being considered to the Northern Ireland (Executive Formation) Bill ... which will hijack this Bill to remove existing legal protection for unborn babies and to ďż˝~fast trackďż˝ the legalisation of abortion on demand in Northern Ireland. How tragic it is for humanity that some legislators would ďż˝~fast trackďż˝ the ending of the lives of the most defenceless in our society."

Archbishop Martin added that "it is urgent to restore an executive in Northern Ireland, so that the common good of all our people can be served. There is something particularly cynical, however, in taking advantage of the present political crisis to remove the right to life of the most vulnerable of our people; the unborn baby. The common good cannot be served in this way."

Bishop Noel Treanor of Down and Connor urged similar action, asking July 6 that people contact their MP "to register their objection to this undemocratic process."

Bills to legalize abortion in cases of fatal fetal abnormality, rape, or incest failed in the Northern Ireland Assembly in 2016.

Clare McCarthy, a Right to Life UK spokesperson, said July 8 that Northern Ireland's abortion law "should be a decision for the people of Northern Ireland and their elected representatives" and that it is "inappropriate to bring forward abortion amendment to a Bill which has nothing to do with abortion in any way."

Northern Irish women have been able to procure free National Health Service abortions in England, Scotland, and Wales since November 2017.

In June 2018, the Northern Ireland Human Rights Commission challenged the region's abortion laws in the UK Supreme Court. While the Supreme Court concluded that Northern Irelandďż˝ s abortion laws violated human rights law by banning abortion in cases of fatal fetal abnormality, rape, and incest, it threw out the case saying it had not been brought forward by a person who had been wrongfully harmed by the law.

An amendment to the Northern Ireland (Executive Formation) Bill that would block a no-deal Brexit was defeated.

The bill next faces a second reading in the House of Lords.