Scandal has come to the Vatican once again as Vatican police announce a raid on a high official's apartment where intoxicated men were found having sex and consuming illegal drugs. The apartment is owned by Cardinal Francesco Coccopalmerio, who is one of the Pope's closest advisors. 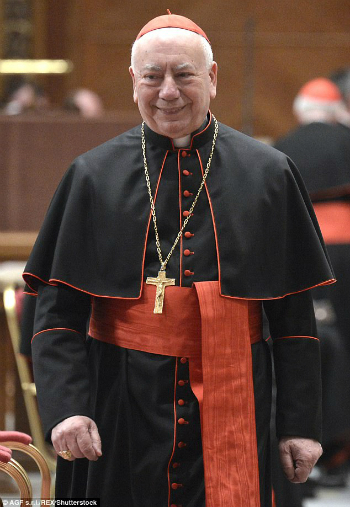 Cardinal Coccopalmerio was not at the apartment at the time of the raid, and he is not a suspect in any crime. The apartment is occupied by his secretary. The secretary was present and among those arrested. According to reports, the Cardinal previously recommended his secretary for promotion to bishop. This recommendation calls into question the cardinal's discernment and possibly character. Pope Francis will now be forced to reassess the Cardinal's status as a close advisor.

The disgraced secretary has been released from custody for the time being, and has been sent to a monastery for retreat. This is the Vatican equivalent of arrest, although it is much more benevolent than what the police offer.

The Vatican has long been criticized for alleged corruption at the highest levels of power. Cardinal Pell, the Pope's chief financial advisor took a leave of absence last week to deal with allegations of abuse in Australia. Now, another advisor must contend with accusations that his secretary engaged in promiscuous, same-sex activity and drugs. What does this say about the judgement of Cardinal Coccopalmerio? What does it say about Pope Francis, the Vatican and the Church as a whole?

The Church has always faced dangers from less than holy men. Some of those dangerous men have risen to the rank of pontiff. Despite the best efforts of kings, emperors, heretics, and even her own clergy, the Church has survived, preaching with success the same message for two thousand years.

Pope Francis has work he must do to complete his mission of cleaning up the Vatican. Arrests such as these can help by rooting out the immoral and corrupt officials there. We should also remember Christ's promise, the gates of hell will never prevail against the Church.