Was Pope Pius XII involved in a mastermind plan to kill Hitler?

Free World Class Education
FREE Catholic Classes
'You know which side my sympathies lie. But I cannot say so.'

Historian Mark Riebling claims Pope Pius XII was involved in several plots for Hitler to be overthrown. Reibling believes the pontiff's years of silence merely served as cover for his secret anti-Nazi schemes. 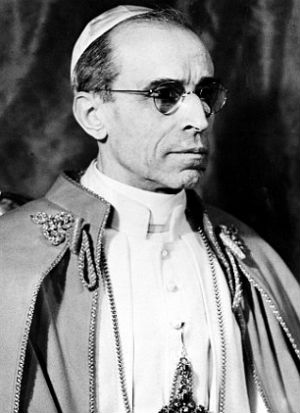 LOS ANGELES, CA (Catholic Online) - During WWII, The Pope was often derided for supporting Hitler and was called "Hitler's Pope," due to his refusal to condemn Nazi war crimes. What no one knew is that Pope Pius XII was secretly attempting to destroy the Führer from within.

In his recently published book Church of Spies, Riebling claims Pius' silence on Hitler's actions against minorities and Jews was a cover while he worked behind-the-scenes to help members of the German resistance. The pontiff had been working with high-ranking Germans who were not happy with Hitler's leadership in the hope of finding a way to end the war without further bloodshed.

Unfortunately, the schemes never came to pass due to unconvinced foreign powers, nervous plotters and Hitler's ability to dodge assassination plans. Reibling wrote of how the Pope feigned a neutral position throughout the war and rarely criticized Nazism in efforts to focus on helping a covert network of church spies with the goal of killing Hitler.

Due to the Pope's silence, Catholics were listed among those least likely to attack Hitler. The Nazi leader even said the greatest dangers would come from "assassins whipped up by the black crows in confessionals." Meanwhile, the pontiff once told a French diplomat, "You know which side my sympathies lie. But I cannot say so." 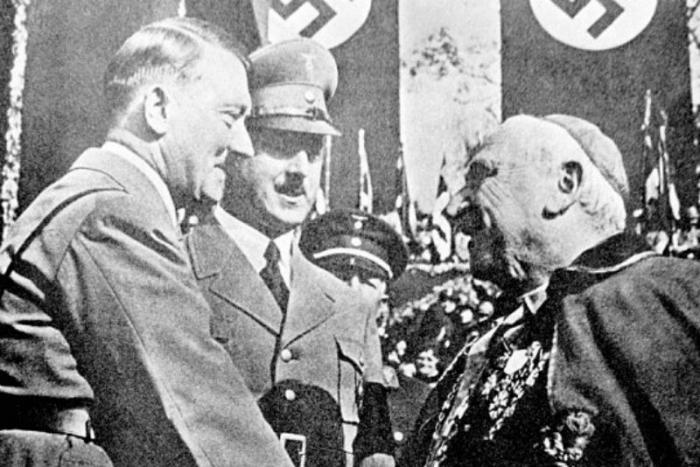 Josef Müller was recruited to serve as a go-between for Pope Pius and German goings-on. He was eventually interrogated by SS head Heinrich Himmler, but was released after impressing Himmler with his bluntness. While working for the pontiff, Müller was given the code name "Herr X" and Pius was called "The Chief."

Reibling wrote: "No one could more discreetly and credibly link Hitler's internal and external enemies than Pius. As perhaps the most prestigious figure in Europe, above party pressures, he had the greatest advantage a ruler could possess: he was the one trusted power amid powers nobody could trust.

"Only he had the influence and reputation to broker peace - and persuade the Allies that the German resistance was not, as a British spy claimed, 'a creature as fabulous as the centaur and the hippogriff.'"

Pope Pius lobbied against Hitler to then-Foreign Secretary Lord Halifax and Francis D'Arcy Osborne, who agreed to negotiate with a "Decent Germany" if Hitler was removed from power. Müller was able to secure a written assurance in 1940 that a post-Hitler Germany would be treated fairly, but no one ever had the chance to bring harm to Hitler.

Hitler moved to open a Western front, confounding internal opponents, and plans for a coup fell apart. Following the Führer's victories in Belgium, the Netherlands, Norway and France, all resistance dissipated.

Secret files Müller was meant to carry were discovered by the Gestapo in 1943 and he was put in the Dachau concentration camp for the remainder of the war.

Though Reibling's description of events opposes other assessments of Pope Pius' attitude toward Nazism, Riebling claims Pius' silence only serves to reinforce his statements. "Those who later explored the maze of [the pontiff's] policies, without a clue to his secret actions, wondered why he seemed so hostile toward Nazism, and then fell so silent.

"But when his secret acts are mapped, and made to overlay his public words, a stark correlation emerges. The last day during the war when Pius publicly said the word "Jew" [and acknowledged their mistreatment] is also, in fact, the first day history can document his choice to help kill Adolf Hitler."