In a video message to the country of Japan Nov. 18, Pope Francis said he prays that the power of nuclear weapons will never again be used in the world. 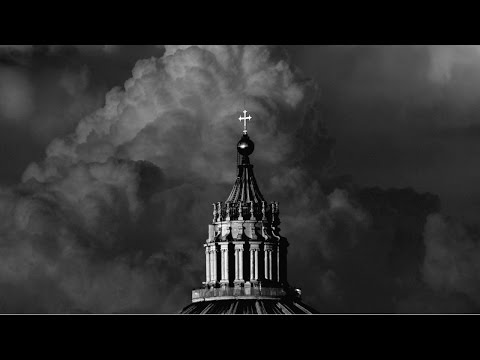 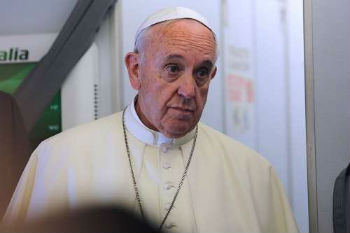 Vatican City, (CNA) - In a video message to the country of Japan Nov. 18, Pope Francis said he prays that the power of nuclear weapons will never again be used in the world.

Japan "is very aware of the suffering caused by war," the pope said in his native Spanish. "Together with you, I pray that the destructive power of nuclear weapons will never be unleashed again in human history. Using nuclear weapons is immoral."

Pope Francis will be in Japan Nov. 23-26, part of a six-day trip which will begin in Bangkok, Thailand.

In addition to Tokyo, the pope will travel to the cities of Hiroshima and Nagasaki, where he is expected to speak about peace and against the use of nuclear weapons at memorials to the victims of the 1946 atomic bombings.

He will also meet with victims of Japan's "triple disaster," when a major earthquake and subsequent tsunami on March 11, 2011 triggered a meltdown at the Fukushima Daiichi nuclear power plant.

The theme of the visit to Japan is "protect all life."

In his video message, Francis said "this strong instinct, which resonates in our hearts, to defend the value and dignity of every human person, acquires particular importance in the face of threats to the peaceful coexistence that the world has to face today, especially in armed conflicts."

Pope Francis has been vocal in his opposition to nuclear arms throughout his pontificate. In a message to the United Nations in March 2017, he said their total elimination is both "a challenge and a moral and humanitarian imperative."

Catholics make up less than .5% of people in Japan, a largely secular country where most of the population identifies as Buddhist or Shinto.

The pope said cooperation between religions is important for peace, and he hopes his visit will encourage people "on the path of mutual respect and encounter that leads to a safe and lasting peace that does not go back in time."

"Peace is that beautiful, that when it is real, it does not recede: it is defended with teeth," he said.

Francis is also expected to speak about care for the environment while in Japan. He said he wants to promote a protection of life "which includes the earth, our common home," symbolized in the beauty of Japanese cherry blossoms.

He will be the second pope to visit both Japan and Thailand. St. John Paul II visited Thailand in 1984 and Japan in 1981.

This will be Francis' 32nd international trip in his over six years as pope. Japan and Thailand will be his seventh foreign trip of 2019, and 10th and 11th countries visited this year.