St. Vincent Volcano: Prayers for all affected by the ongoing eruptions

Free World Class Education
FREE Catholic Classes
Thousands of people have been displaced by ongoing volcanic eruptions on the island of St. Vincent.

Pope Francis expressed his solidarity on Friday with the thousands of people displaced by ongoing volcanic eruptions on the island of St. Vincent in the southern Caribbean. 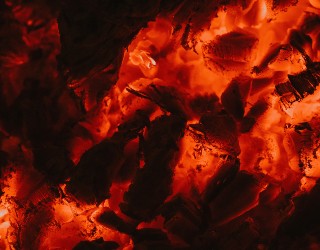 Photo by Tolis Dianellos on Unsplash

The eruption of La Soufriere volcano displaced close to 20,000 people and left the entire main island of St. Vincent and the Grenadines with limited access to clean water, according to the United Nations.

Cardinal Pietro Parolin, the Vatican Secretary of State, sent a telegram on the popeâ€ s behalf expressing "heartfelt solidarity with the many displaced persons forced to evacuate their homes and seek shelter from the effects of this disaster."

"Praying in a particular way for the emergency personnel and volunteers providing relief assistance, His Holiness entrusts the people of St. Vincent and the Grenadines to the loving providence of almighty God," the cardinal said in the telegram released April 23.

La Soufriere, which had been dormant since 1979, has erupted multiple times since April 9 destroying homes and crops and covering entire villages with ash. Scientists at the University of the West Indies Seismic Research Centre expect that another eruption in the coming weeks is likely.

The U.N. launched a $29.2 million funding appeal to address the humanitarian consequences of the natural disaster.

The Diocese of Kingstown, the only diocese in the Caribbean country, is also seeking donations on its website to aid those who lost their homes.

"Our brothers and sisters are in shelters spread throughout the island. Many are also in private homes. They all need our help," the website says.

Catholics make up about 6% of the archipelago island countryâ€ s mostly Protestant population of around 110,000 people.

Bishop Gerard County of Kingstown issued a message following the second eruption on April 12 asking for prayers for the people of St. Vincent and the Grenadines, their government leaders, and emergency personnel working to "bring triumph from tragedy."

"Our eyes are fixed on the skies during these trying times, yes, but also on the presence of Jesus who has risen from the ashes of death," Bishop County said.

"We know through faith that brighter clouds will prevail in response to faith, hope, and trust. Our God, who is the author of all creation -- seeing all as very good -- will give us new life through prayer and compassion toward one another. So may it be in the name of our risen Lord, Jesus."