The bishops of Mexico offered prayers and called for justice after the murder of Fr. JosĂ© MartĂ­n Guzman Vega, a priest in Matamoros, along the country's northern border. 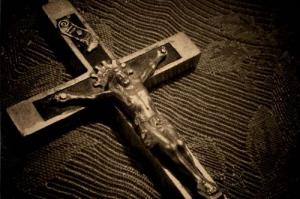 "We express our solidarity and offer an embrace of faith to his relatives, friends and the lay faithful of the beloved Diocese of Matamoros," read a statement from the Mexican Bishops' Conference, published Aug. 23.

"By our faith we know that death is not the end, and that love destroys death, because hope is the victory in face of despair."

The Mexican bishops expressed their trust that the authorities will investigate to determine the facts of the murder and carry out justice.

"From our faith in the resurrection, we trust with certain hope that the Good Shepherd, Jesus Christ, has led him to rest in the verdant fields and pastures of eternity with Him," they said.

The bishops pointed to the death of Fr. Guzman Vega as an indication of violence as an ongoing problem in Mexican society.

The Catholic Multimedia Center, which keeps a record of murders and attacks against priests in Mexico, said that the attack "joins the long list of religious murdered in recent years."

"The death of Fr. JosĂ© MartĂ­n makes 27 priests killed from 2012 to 2019... so far this year, several incidents against priests and religious have been recorded, such as the case of a priest shot and wounded in Cuernavaca, Morelos state and death threats against several priests in various areas of Veracruz."