Piracy and despair: The unique problems that plague sailors

For most people in the 21st century, piracy probably conjures up images of illegal downloads from Limewire before it does thoughts of trouble-making sea-farers. 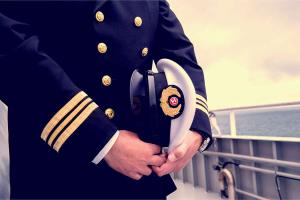 "Piracy is a terrifying experience for seafarers," Deacon Dileep Athaide, a chaplain with the Apostleship of the Sea, told Agnieszka Ruck for The B.C. Catholic.

The Apostleship of the Sea is a Catholic charity and ministry that has offered pastoral support to ship crews since 1920. They offer their ministry to anyone regardless of creed, and they serve seafarers in 59 countries throughout the world.

Athaide serves in the ports of Delta and Vancouver on the western coast of British Columbia, Canada.

"Piracy and the threat of piracy can have a lasting effect on seafarers' well-being and mental health," Athaide added. "Our experience of caring for seafarers shows that swift intervention is essential to minimize the impact of a pirate attack, so crews can return to work with confidence."

The International Maritime Bureau defines piracy "any illegal acts of violence or detention, or...depredation, committed for private ends by the crew or the passengers of a private ship or a private aircraft, and directed on the high seas, against another ship or aircraft, or against persons or property on board such ship or aircraft; against a ship, aircraft, persons or property in a place outside the jurisdiction of any State; any act of voluntary participation in the operation of a ship or of an aircraft with knowledge of facts making it a pirate ship or aircraft;" or any act that incites or facilitates such acts.

The Bureau reported that between January and June of this year, there were 78 actual or attempted acts of piracy committed, including 57 vessels illegally boarded, nine vessels fired upon, nine attempted incidents, and three hijackings.

According to the report, 38 crew were taken hostage, 37 kidnapped, four threatened, two injured, one assaulted, and one crew reported killed in that same amount of time.

Every year, typically on the second Sunday of July, the Catholic Church marks Sea Sunday, a day on which the Church particularly prays for those who make their living at sea.

Cardinal Peter Turkson, Prefect of the Dicastery for Promoting Integral Human Development, said in a message on Sea Sunday this year that "the faithful are requested to remember and pray for the 1.5 million seafarers who criss-cross the oceans and the seas, transporting almost 90% of goods from one nation to another." He added that problems of "isolation and depression, combined with a lack of a supportive environment, affects the mental health of seafarers, sometimes with tragic and heartbreaking consequences for their families, crewmembers and ship-owners".

Combatting the loneliness and isolation that comes with being away at sea is one of the primary aims of the Apostleship of the Sea.

"...the life of a modern seafarer can be dangerous and lonely. They may spend up to a year at a time away from home, separated from their family and loved ones and often working in harsh conditions," the ministry notes on its website.

Deacon Athaide told the B.C. Catholic that when the ships are docked in Delta or Vancouver, he goes on board to greet the crew and offer prayers, pastoral counseling, rosaries, treats, and a friendly, welcoming presence.
This summer, Athaide could also be seen blessing boats and flipping burgers to commemorate International Day of the Seafarer on June 25.