Alejandro Giammattei of the center-right Vamos party was elected president of Guatemala Sunday. 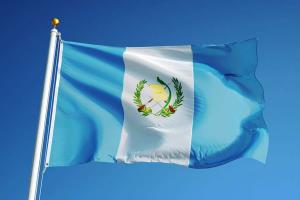 Guatemala City, Guatemala, (CNA) - Giammattei, 63, won the Aug. 11 run-off election with 59% of the votes, to the 41% received by Sandra Torres, the candidate of the National Unity of Hope party (UNE) and former first lady.

During his campaign Giammattei pledged he would defend unborn life, and marriage as a union of one man and one woman.

Torres is also opposed to abortion and same-sex marriage, the AFP has reported.

Giammattei ran for president three previous times,  is a doctor, and uses crutches because he has multiple sclerosis.

He became head of the Guatemalan prison system in 2006, and led an operation to regain control of Pavon prison, which had been run by inmates for more than 10 years. During the operation, seven inmates died.

Giammattei was charged over the incident, but was acquitted.

He is supportive of capital punishment.

Important topics during the campaign were reportedly insecurity, unemployment, cost of living, and corruption.

In an interview with ACI Prensa, CNA's Spanish language sister agency, Juan Godoy, communications director for the The Family Matters Association, said that "the Vamos party, as the president and vice-president elect, have confirmed that they are against abortion, for life from conception, and for marriage between man and woman, always respecting our constitution."

As for the next government, Godoy believes that pro-life groups must "keep a close eye on the Congress ... because that's where the real power lies, the political game, and that's where the pro-life movement can be endangered or strengthened."

In the congressional election, UNE won 54 of the 160 seats, while Vamos won 16. The remaining 90 seats are divided among 17 parties.

Godoy noted that "from the perspective of the Guatemalan pro-life movement, any government official who defends the values and principles that make a society successful, progress, and be healthy by defending life, the family, and freedom, will have the support of the pro-life organizations. Whoever that may be, whatever the party, whatever its name may be. If this person works with dedication and demonstrates his commitment to these three ideals, he will have the support of a citizenry that is aware, a watchdog, and is committed."

Finally, with a look to the future, the pro-life leader said that The Family Matters Association will continue working with the government of the day "in the best possible way ... always being a go-to platform on the issue of life, family and freedom."