A bill in Costa Rica would require Catholic priests to violate the seal of confession to report cases of suspected child sex abuse. Its sponsor says he was inspired by similar legislation advancing in the state of California. 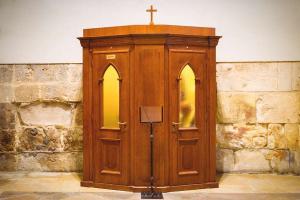 San Jose, Costa Rica, (CNA) - Costa Rica's Legislative Assembly is considering a proposal to require clergy, coaches, and other individuals who work with youth to report allegations of sexual abuse of minors. Currently, only teachers and health care personnel are required to report suspected abuse.

President Carlos Alvarado told La Nacion, "As a nation, we have seen the issue of violence, which is sexual in this case against children, is a problem that concerns us on the basis of evidence and is something important to learn."

Catholic officials in the country have opposed the bill, stressing that the seal of confession is inviolable.

According to QCostaRica.com, a local Catholic Church spokesman said the bill is "a danger to the practice of religious freedom" and argued that it "does nothing in the cause of justice."

Canon law describes the seal of the confessional to be "inviolable," and priests are "absolutely forbidden" to disclose the sins of a penitent "in any way, for any reason." Violation of the seal by a priest is a grave crime against the faith and is punished by an automatic excommunication which can be augmented with other penalties, including dismissal from the clerical state.

The bill is being sponsored by Enrique SĂˇnchez, who has said he was inspired by a similar bill in California. That legislation has sparked controversy and sharp criticism from opponents.

An initial draft of the California bill would have compelled the violation of the sacramental seal any time a priest came to suspect abuse from any penitent. However, the bill was amended and the version that passed the Senate would only require priests to report any knowledge or suspicion of child abuse gained while hearing the confession of another priest or colleague. The bill now goes to the California State Assembly.

Critics of the California legislation argue that even in its final form, the legislation is a serious violation of religious freedom with which priests cannot comply. They also maintain that the legislation would not be enforceable, due to the private nature of confession, and would do little to actually protect minors from clerical sexual abuse.