More than 1% of deaths in Canada caused by euthanasia

Over one percent of all deaths last year in Canada were the result of euthanasia, a new government report has revealed. 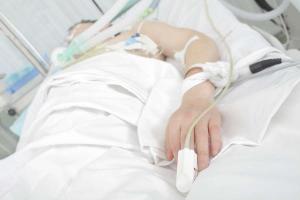 Ottawa, Canada, (CNA) - The Fourth Interim Report on Medical Assistance in Dying in Canada, released this month by Health Canada, showed that from January to October of 2018, a total of 2,613 people in Canada received "medical aid in dying," amounting to 1.12% of all deaths.

Only one person self-administered their own lethal does in a physician - assissted suicide. In all other cases, according to the report, the patient died following a deliberately administered lethal dosage by a doctor or a nurse at the request of the patient - effectively medicinal homicide.

Assisted suicide laws in the United States typically require patients to self-administer the drug, but this is not the case in Canada.

If a similar ratio of deaths were recorded in the United States, approximately 30,000 people--the equivalent capacity of Harvard University's football stadium--would die each year at the hands of doctor or nurse administered dosages.

In Oregon, the first state to legalize assisted suicide, only 0.4 percent of deaths each year are from euthanasia.

These figures do not include the Northwest Territories, Yukon, or Nunavut, as numbers in these areas were extremely small, or Quebec, which has a different reporting system. Since December 2015 until March 2018, a total of 1,664 people have been killed by physicians in Quebec.

At the time the bill was first introduced in April 2016, Cardinal Thomas Collins from the Archdiocese of Toronto said that he thought it was a sign that society was heading in the wrong direction.