Cardinal calls for respect for bodies found stored in trailers

The president of the Mexican bishopsâ€ conference has demanded that the dignity of human bodies be respected, after two trailers were found in Mexicoâ€ s Jalisco state, containing 157 corpses. 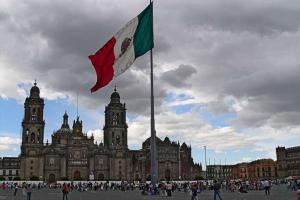 Guadalajara, Mexico,  (CNA) - In a statement published Sept. 21, Cardinal Francisco Robles Ortega responded to the discovery, which he said "has caused outrage in society."

On Sept. 18, locals in the municipality of Tlajomulco alerted authorities to the presence of a trailer emitting foul odors. The trailer contained corpses reported to be murder victims connected to organized crime, which apparently could not be kept in a morgue due to lack of space.

The former director of the Jalisco Forensic Sciences Institute, Luis Octavio Cotero Bernal, is presumably responsible for the scandal. He was dismissed from his position shortly after the bodies were discovered. There has not yet been an official statement on the discovery of the bodies.

The bodies from the trailer and a second one are now in a warehouse belonging to the Jalisco state prosecutor's office.

In his statement, Cardinall Robles said that believing in the "resurrection of the dead is to affirm something essential to the Christian faith."

"Human existence does not come to an end  with the years lived in this world, since Jesus Christ by rising has made us sharers in eternity," he added.

For this reason, the cardinal emphasized, "the dignity of every individual is not lost even after death, human remains require the respect due to those who in life were persons, made in the 'image and likeness of God,' who await, through the merits of Jesus Christ, to be redeemed and saved for eternal life."

"Death is not the end, the annihilation,  the elimination, much less the extinction of a human person," the archbishop said.

Burying the dead, he continued, "is a way of expressing faith in the Resurrection, since by so doing it is understood that the person reposes with the firm hope of one day being awakened by the eternal light of Heaven."

"Besides belonging to a very ancient tradition of burying the dead, we know that it has been considered a corporal work of mercy. Societies of all times and cultures have set aside suitable places for the interment of their deceased, places that express compassion, respect and veneration toward those who shared our same pilgrim journey."

Robles lamented undignified storage of human corpses, and explained that it "makes evident a process of the lamentable and gradual dehumanization of our society which has been permeating us and makes us deduce that government institutions have been overrun."

"With the lack of care and attention to the bodies that have not been identified, the discouragement of people hoping to find their loved ones grows," he wrote.

Robles, who is Archbishop of Guadalajara wrote that "for social, humanitarian, religious and public health reasons, it is urgent to follow the proper procedures to obtain and carefully archive genetic information which could lead in the future to the identification of the remains of those who now remain in anonymity."

"We call then for the respect due honor due to human beings in whatever their circumstances, from the most vulnerable and defenseless to the most obscure and ignored. Any human breath is a sign of the goodness of the Creator," he concluded.

Mexican officials are now seeking a long-term solution to the body storage problem presented by the victims of organized crime.

The BBC reported that in 2017 Mexico experienced its most violent year with more that 25,000 murders, according to official figures.

Since 1990 one cardinal, 47 priests, one deacon, four men religious, nine laypersons and one Catholic journalist have been killed in Mexico according to a report by the Catholic Multimedia Center of Mexico.

It is also estimated that since 2000, 105 journalists have been murdered in Mexico.

This article was originally published CNA's Spanish-language sister agency, ACI Prensa. It has been translated and adapted by CNA.