The recent wedding of a young Brazilian woman with terminal cancer was a powerful witness to the sacrifice and permanence of marriage, said the priest who celebrated the sacrament for the couple. 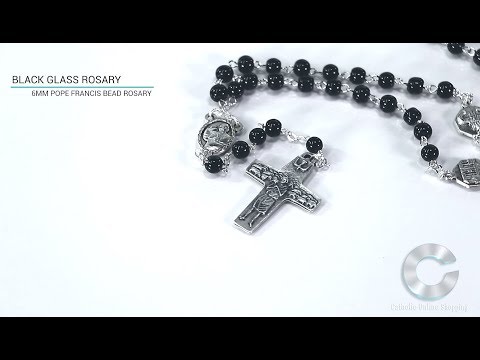 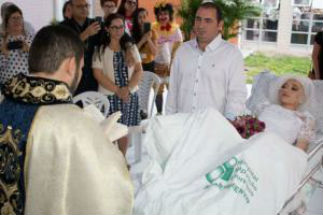 Rio de Janeiro, Brazil, (ACI Prensa).- Fr. Mario Silva celebrated the wedding of a young couple, Jessica and Fernando, in the chapel at the NapoleĂŁo Laureano Hospital in the Brazilian state of ParaĂ­ba Aug. 20.

Silva told ACI Prensa, CNA's Spanish language sister agency, that the couple had been civilly married in 2012 and had a three-year-old child.

Jessica, who is now 27, has been fighting a very aggressive form of bone cancer since 2016 and had been hospitalized when the priest was called to administer the sacrament of the Anointing of the Sick.

"That night, she was in a lot of pain, and when I finished administering the sacrament to her, I asked her... if I could do anything else, and she told me she wanted to get married," Silva said.

"She told me she had a great desire to receive the blessing of God and she knew that was missing. That would be a great healing and grace in her life. She did not want to die without receiving the blessing of marriage, because both were Catholics and had the dream of getting married in order to have a sacramental life," he explained.

"I called her family and they gave me the husband's telephone number. I asked him if he were interested in getting married. I began to visit the hospital more often and to go through with the process of determining whether they could enter into marriage or not," he related.

Fr. Silva obtained the authorization of the Archdiocese of ParaĂ­ba to celebrate the wedding in the hospital and processed the couple's corresponding papers. He interviewed the couple to ensure that they were certain in their choice and that there were no impediments or grounds for nullity.

He also discussed the nature of sacramental marriage with them.

"I emphasized that this was not simply a social event that lasts a night and then people need another one. I told them that marriage is something that they were administering, that they were giving themselves one to another and that I was just an assistant," he recounted.

"I explained to them about love, fidelity, joy and sadness in sickness and in health. At that moment I turned to speak to the groom: Fernando, you are aware you are marrying Jessica in a very difficult moment in her life. If your love is capable of enduring these difficulties, you will be able to give her a definitive and free ~yes ."

During the homily, the priest spoke "about how people have little hope for Christian marriages" and that celebrating the wedding of Jessica and Fernando was a light for the whole hospital. "I think that that was what created such a stir, besides that the bride and groom had a beautiful appearance," the priest said.

While Jessica rarely smiled while in the hospital, Silva said, "On the day of the wedding, she was smiling and spoke with great ease which was unusual. You could see that she was very renewed." He said the bride told her that the sacramental wedding "was like starting over or being reborn."

"Her husband takes very good care of her and wants to accompany her every day. He left his job and everything to take care of her. He gave witness to permanence and the Catholic marriage was a concrete realization of that," the priest emphasized.