Media censorship of unrest in Mexico continues, but why?

Unrest is spreading in Mexico as censorship of the problems in that country continues. People are protesting high prices for gas, electricity and food. They're also angry over continued corruption between their government and the drug cartels. 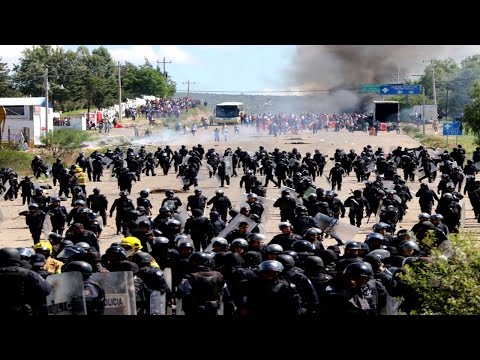 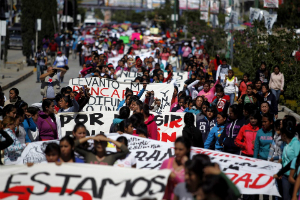 News of the unrest in Mexico is starting to trickle into the mainstream media, but only following reports from sites like Catholic Online.

LOS ANGELES, CA (California Network) - The people of Mexico have had enough of government corruption, drug cartel influence, and high prices. Since the New Year, millions of Mexican citizens have taken to the streets to protest. Some of those protests are turning violent. Government attempts to quell the violence have failed. Border crossings have been closed several times due to protests. As the situation worsens, a baffling media blackout continues.

The protests started after the New Year after the government announced it would stop subsidizing fuel as a cost saving measure.  This caused the price of a liter of gas to spike by 20 percent. Presently, a liter of premium gasoline costs about 18 pesos. A gallon of such gas costs about 70 pesos. At the same time, a full day's pay at Mexico's minimum wage is only 80 pesos.

The high gas prices have made it impossible for some people to go to work. The increased cost is also showing up at the supermarket where food prices are skyrocketing. The Mexican peso continues to fall, especially with the coming of Donald Trump who has suggested transferring jobs from Mexico to the USA, taxing remittances to Mexico, deporting millions of Mexican immigrants who are in the country illegally, and building a wall. 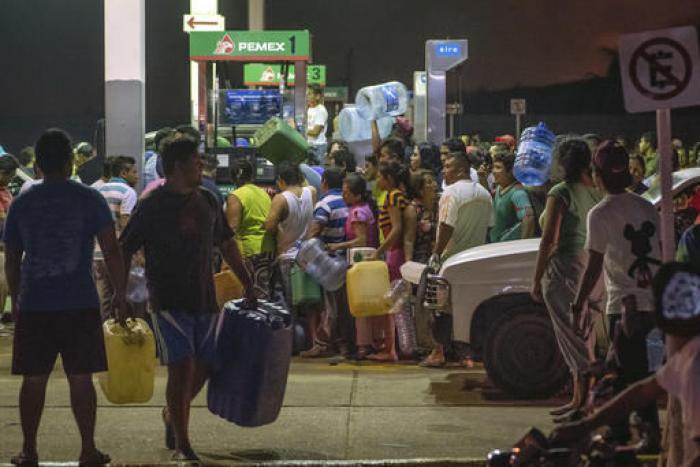 Protests started when the government removed price controls on gasoline, causing the price to spike. However, the problems in Mexico are much greater than gas prices alone.

There are deeper problems which plague Mexico. Government corruption runs quite deep and the drug cartels have turned parts of the country into a literal narco-state.

Mexico is a rich nation with fertile farmland, massive deposits of minerals and oil, and a booming tourist industry. It is home to some of the most incredible beaches in the world. The people of Mexico are industrious and resourceful. Yet government corruption captures much of the wealth the people produce, leaving half of the population in poverty.

Protests are happening each day, but they're not being reported in the U.S. news media. Instead, a simple search of "Mexico" under Google News revealed the top stories all had to do with Donald Trump's pledge to build a wall with Mexico.

Why isn't the media paying attention?

Within the last 24 hours, the topic of unrest in Mexico has gained traction on social media which is forcing mainstream media to provide some highly-spun coverage of the event. The U.S. media is reporting chiefly on the gas prices. The situation is much more complex than gas prices. Only a few outlets have attempted to provide the full picture of what's happening. 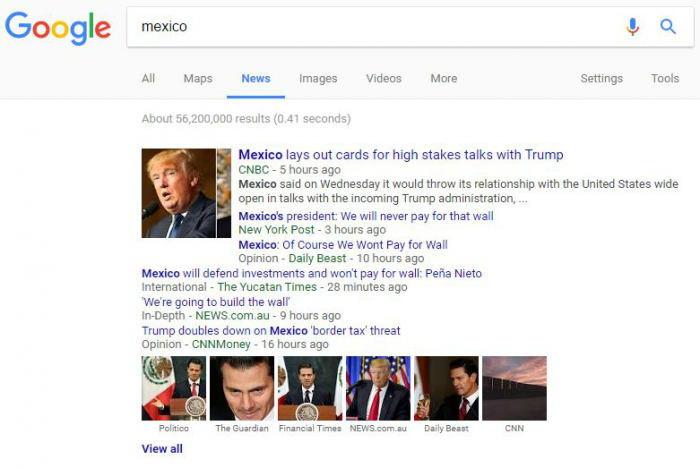 Censorship includes soft censorship where the media reports on distracting topics while ignoring the real news of the day. A Google search of Mexico under Google News returned zero results about unrest in that country and instead favored reports on Trump and his pledge to build a wall.

The knowledge the U.S. media censors itself isn't new. Many thinkers have suspected this for a long time. What is baffling is why the unrest in Mexico isn't receiving coverage, despite the fact it has been ongoing for weeks and resulted in the intermittent closure of the border.

It's only possible to speculate at this time, so without evidence it makes no sense to promote any hypothesis. However, one thing is certain, it's not for your benefit or ours that coverage is suppressed.