The vice-rector of a seminary in Nigeria was kidnapped earlier this week and released two days later, the latest in the ongoing violence against priests that has led Enugu State authorities to ramp up security efforts. 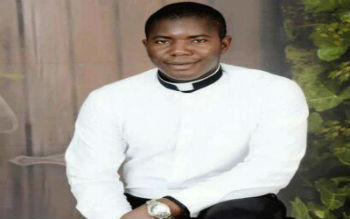 Enugu, Nigeria, (CNA) - The vice-rector of a seminary in Nigeria was kidnapped earlier this week and released two days later, the latest in the ongoing violence against priests that has led Enugu State authorities to ramp up security efforts.

Father Arinze Madu, the vice-rector for the Queen of Apostles Seminary, was taken by unknown gunmen while exiting the seminary at around 6 p.m. on Monday, according to local media reports.

"We are really grateful to God, he is out of the abductor's net and is back in one piece," the Director of Communications of Nigeria's Enugu diocese, Fr. Benjamin Achi told ACI Africa Thursday, October 31.

"As a matter of fact, everybody was apprehensive when Fr. Madu was abducted given our recent experiences," Achi said, referencing a recent wave of violence and abductions targeting priests in the west African country.

"We thank God that it didn't end badly this time even though the trauma doesn't leave the victim for a long time," Achi told ACI Africa.said that this year alone, several priests have either been attacked or killed in the southern Nigerian state of Enugu.

Achi said that this year alone, several priests have either been attacked or killed in the southern Nigerian state of Enugu.

"This incident is coming barely two months after Rev. Fr. Offu was gruesomely killed by gunmen at Ihe-Agbudu Road [in] August," he told The Punch.

Since these attacks, the state has increased security measures, by implementing forest guards, neighborhood watch services, and air surveillance. According to the Nigerian newspaper the Daily Post, the state government has also purchased 260 vehicles, including cars, bikes, and motorcycles, for their security forces.

In a recent statement, the Enugu State government said it was committed "to make the state safe and to sustain the enviable status of Enugu as one of the safest and most peaceful states in Nigeria," the Daily Post reported.

"[The] government will continue to support the security agencies to secure lives and property of the people," read the statement.