Jesus calls his followers to a high standard - to forgive their enemies, to pray for those who have hurt them, and to seek reconciliation, Pope Francis said at Mass in Mozambique Friday. 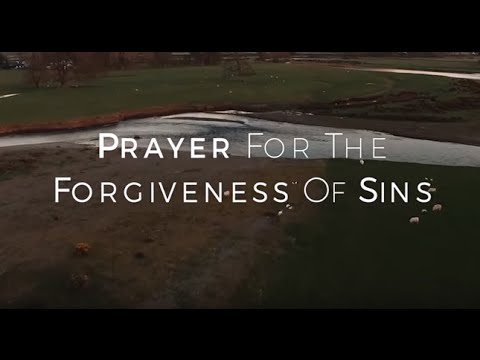 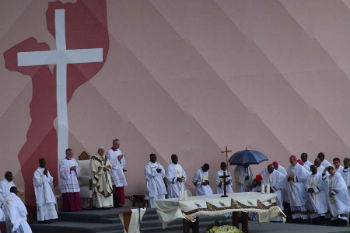 Maputo, Mozambique, (CNA) - Jesus calls his followers to a high standard - to forgive their enemies, to pray for those who have hurt them, and to seek reconciliation, Pope Francis said at Mass in Mozambique Friday.

"It is not easy to speak of reconciliation while wounds are still open from the years of conflict, or to take a step towards forgiveness," the pope said in the Zimpeto stadium Sept. 6. According to organizers, there were around 60,000 people present at the papal Mass.

Francis noted that forgiveness "is not the same as ignoring pain or giving up our memories or ideals. Even so, Jesus Christ is calling us to love and to do good. This means much more than simply ignoring the persons who harmed us, or trying to avoid encountering them."

Mozambique fought a civil war from 1977 to 1992 between Frelimo, a socialist party that has ruled the country since it gained independence in 1975, and Renamo, an anti-communist organization.

Renamo began a new insurgency in 2013; this conflict came to an end only one month ago, with the signing of a peace agreement in Serra da Gorongosa.

"Jesus," Pope Francis emphasized, "commands us to show an active, impartial and extraordinary benevolence towards those who have hurt us. Nor does Jesus stop there. He also asks us to bless them and to pray for them."

"It is a high standard that the Master sets before us! In inviting us to do this, Jesus wants to end forever that common practice of being Christians yet living under the law of retaliation. We cannot look to the future, or build a nation, an equitable society, on the basis of violence," he stated.

"I cannot follow Jesus if I live my life by the rule of 'an eye for an eye, and a tooth for tooth.'"

Pope Francis is in Mozambique as part of a six-day trip to three sub-saharan African countries. Sept. 7 and 8 he will be in Madagascar and Sept. 9 he will be in Mauritius.

In his homily, the pope said Jesus "speaks with clarity, simplicity and firmness as he traces a path, a narrow path that demands certain virtues."

He "is no idealist, someone who ignores reality," he said. When Jesus speaks about enemies, he is speaking about specifics: "those who hate us, exclude us, revile us and defame us."

Pope Francis said he recognizes that many people in Mozambique still have personal stories of violence, hatred, and conflict which happened to them or to people they knew and loved.

But Jesus understands, he said. "Jesus is not calling us to an abstract, ethereal or theoretical love, like that celebrated in fine speeches. The path he proposes is one that he himself already took, the path that led him to love those who betrayed him, who judged him unjustly, who killed him."

Jesus tells his disciples to "love one another," Francis said. In Colossians 3:12, St. Paul says to "clothe yourselves with compassion and kindness."

The world disregards the virtue of mercy, of compassion, he argued, saying that instead, the world "kills or abandons the handicapped and the elderly, eliminates the wounded and infirm, or shows itself more concerned with the suffering of animals."

"It has not practiced the goodness and kindness that lead us to consider the needs of our beloved neighbour as our own."

At the conclusion of Mass, Pope Francis made a final address to the Catholics of Mozambique, saying he knows the sacrifice many of them made in order to be present at the Mass and other meetings in the last two days.

"I appreciate it and I thank you from my heart," he said, adding that he is also grateful to all those who could not be present because of the aftermath of the recent cyclones: "I also felt your support!"

"To everyone I would like to say this: you have many reasons for hope! It was evident and truly palpable in these days. Please, hold on to hope; do not let yourselves be robbed of it," he concluded.

"And there is no better way to hold onto hope than to remain united, so that all the reasons sustaining it will constantly consolidate for a future of reconciliation and peace in Mozambique."