Pope Francis asks for prayers in Madagascar's 'City of Friendship'

Pope Francis Sunday visited the "City of Friendship," a town on the outskirts of Antananarivo, Madagascar. The town has been built through the leadership of Argentine priest Fr. Pedro Opeka, CM, who as a young man was a theology student of the future pope. 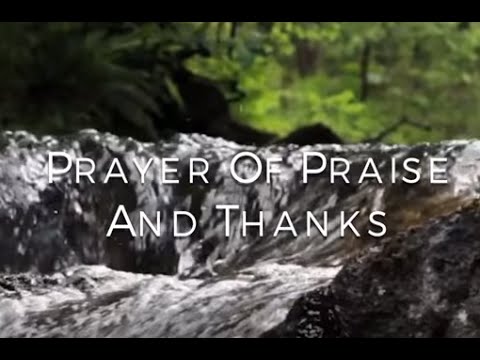 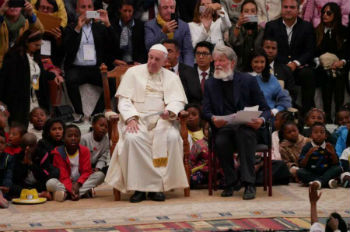 "You have come in good numbers this evening, in the heart of this City of Friendship that you built with your own hands. I have no doubt that you will continue to build it, so that many families will be able to live with dignity," Pope Francis told residents and friends of Akamasoa, the "city of friendship" built for and by the poor of Madagascar on the site of a landfill.

Akamasoa was founded in 1990 as "solidarity movement to help the poorest of the poor." Pope Francis is in Madagascar as part of a six-day trip to three African countries. He was in Mozambique Sept. 5-6 and will be in Mauritius Sept. 9.

The pope said that Akamasoa "reflects a long history of courage and mutual assistance. This city is the fruit of many years of hard work. At its foundations, we find a living faith translated into concrete actions capable of 'moving mountains.' A faith that made it possible to see opportunity in place of insecurity; to see hope in place of inevitability; to see life in a place that spoke only of death and destruction."

Speaking to the young people of the "City of Friendship," the pope encouraged that they "Never stop fighting the baneful effects of poverty; never yield to the temptation of settling for an easy life or withdrawing into yourselves."

"Dear young people, this great work accomplished by your elders, is now yours to carry forward. You will find the strength to do so in your faith and in the living witness that your elders have made a reality in your lives," the pope said.

"Allow the gifts that the Lord has given you to flourish in your midst. Ask him to help you to be generous in the service of your brothers and sisters. In this way, Akamasoa will not be merely an example for the coming generations, but something even greater: the point of departure for a work inspired by God that will come to full flower in the measure that you continue to witness to his love for present and future generations."

Nearly 30,000 people live in the brick homes of Akamasoa's 18 villages, and all children living in the villages attend schools built by the community.

Some 900,000 more people have found respite in the community's "welcome centers," at which they are able to stay for up to three weeks in periods of crisis or need. Akamosoa's medical clinic, centers, schools, and other industries and ministries support more than 3,000 jobs.

The pope noted that the villagers of Akamasoa are the community's leaders, and encouraged them to lead well.

"The building blocks of teamwork and a sense of family and community have enabled you to rebuild, with patience and skill, your confidence, not only in yourselves but also in one another," Pope Francis said.

"This has given you the chance to take the lead in shaping this enterprise. It has been an education in the values handed down by those first families who took a risk with Father Opeka - the values of hard work, discipline, honesty, self-respect and respect for others."

"Dear friends of Akamasoa, dear Father Pedro and co-workers, thank you once again for your prophetic witness of hope. May God continue to bless you," the pope concluded.

"I ask you, please, not to forget to pray for me."