In an address to priests, religious, and seminarians of Madagascar, Pope Francis emphasized the importance of maintaining a focus on praising God in order to find strength in times of hardship. 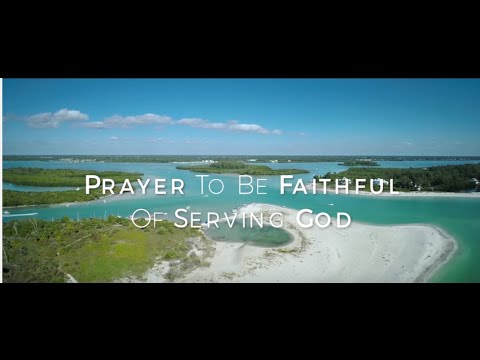 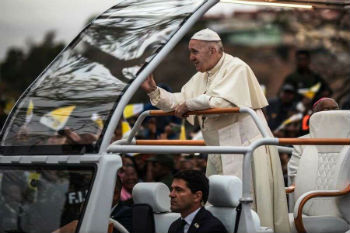 Antananarivo, Madagascar, (CNA) - In an address to priests, religious, and seminarians of Madagascar, Pope Francis emphasized the importance of maintaining a focus on praising God in order to find strength in times of hardship.

"In praising, we learn not to become 'inebriated,' turning means into ends or the superfluous into the important," he said. "Much of our life, our joy and our missionary fruitfulness have to do with Jesus' invitation to praise."

The pope spoke at a meeting with priests, religious, consecrated, and seminarians at College Saint Michel in Antananarivo on Sept. 8, his final day in Madagascar.

He acknowledged the suffering and sacrifices that priests and religious in the country have chosen to accept for the sake of spreading the Gospel.

"I know that many of you live in difficult conditions and lack such essential services as water, electricity, roads and means of communication, or the financial resources needed for your life and pastoral activity," he said.

"More than a few of you feel the burden of your apostolic labors and their effect on your health. Yet you have chosen to stand beside your people, to remain in their midst. I thank you for this."

The pope recalled how Christ welcomed back the 72 disciples whom he had sent out on mission by immediately praising the Father.

"This makes us see something basic about our vocation. We are men and women of praise," he said. "Consecrated persons are able to recognize and point out the presence of God wherever they find themselves. Even better, they are able to dwell in God's presence because they have learned how to savour, enjoy and share that presence."

This focus on praise helps us remember our identity and maintain strength and enthusiasm for our mission, rather than viewing our work in terms of usefulness, influence, or worldly success, Pope Francis said.

Just as the disciples found joy in the realization that their mission was not rooted in their own merits or message, but those of Christ, the priests and religious of Madagascar can take comfort in knowing that they are not alone as they work to serve the sick, educate children, and feed the hungry, he said.

The pope warned against the temptation "to put our trust in financial security, spaces of power and human glory," reminding those present that their vocation is one of humility and service.

He pointed to the example of all those in past generations whose bold witness helped the faith take root in Madagascar. Today, the nation has more than 8.2 million Catholics, roughly a quarter of the total population.

"I think of the Vincentians, the Jesuits, the Sisters of Saint Joseph of Cluny, the Brothers of the Christian Schools, the La Salette Missionaries and so many other pioneer bishops, priests and consecrated men and women. I think too of the many lay persons who kept alive the flame of the faith in this land during the difficult days of persecution, when many missionaries and religious had to leave," he said.

The pope called on those present to remember and continually renew the "first love" of their baptism, "the first great sacrament that marked and consecrated us as God's children."

The meeting with priests and religious followed a prayer meeting with workers, held in the Mahatazana work yard. At that gathering, Pope Francis prayed that all who labor may experience physical health and strength, and may find through their work a dignified life for their families.

"Father, in your mercy, take pity on those who lack work. May unemployment - the cause of such great misery - disappear from our societies," he said.

In particular, the pope prayed that children might not need to work, and that teachers would not need a second job to ensure a decent living.

"Create among workers a spirit of authentic solidarity," he said, praying that laborers may respond to injustices with hope rather than bitterness.

He asked that God might touch the hearts of business owners, so that they might remember the dignity of their employees and ensure just wages.

Pope Francis is wrapping up a six-day trip to three sub-saharan African countries. Before arriving in Madagascar, he spent time in Mozambique. On Monday, the pope will travel to the island nation of Mauritius, where he will celebrate Mass and meet with authorities before returning to Rome.