A recent conference in Zimbabwe encouraged government officials, church leaders and academics to work together to fight human trafficking. 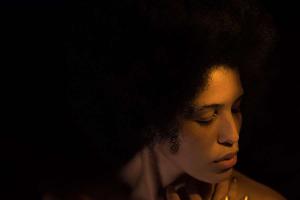 Harare, Zimbabwe, (CNA) - The conference was held in Harare at Arrupe Jesuit University. It was put on by the university's Africa Forum for Catholic Social Teaching (AFCAST), in partnership with Nottingham University of the United Kingdom.

Speakers included Anna Medeiros, the Migration and Development Coordinator of the International Organisation on Migration (IOM); Chiedza Bindu of the Zimbabwe Trafficking in Persons (TIP) Secretariat; and Dadirai Chikwekwete, administrator for the Africa Forum for Catholic Social Teaching.

Zimbabwe police officers were also in attendance. Maria Phiri of the Zimbabwe Republic Police encouraged everyone to collaborate to "detect and report cases of human trafficking," according to Vatican News.

"Let us work as a team, let us not point any fingers at anyone - we can address human trafficking together," said Phiri.

"Everyone must break the culture of silence. We must have human trafficking awareness, a network of everyone playing their part in ending this and the key weapon is education where we can promote the values of peace, love and accountability," she said, according to Vatican News.