Free World Class Education
FREE Catholic Classes
'It is confirmed that 21 of the missing Chibok girls have been released and are in the custody of the Department of State Services.'

Over 200 Chibok schoolgirls were kidnapped by Nigerian terror group Boko Haram. Now, two years later, some have been returned. 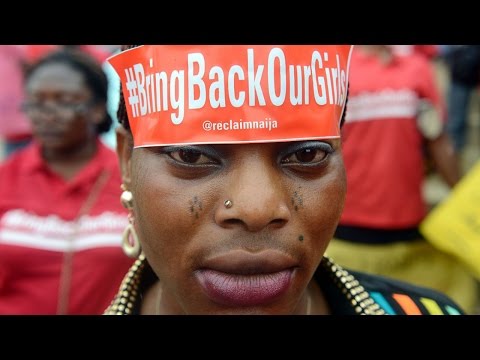 For the past few years, these girls have endured hardships only seen in nightmares.

Several accounts from survivors revealed the girls were immediately subjected to forced "marriages," strictly enforced Sharia law, daily rape from their "husbands," as well as their husbands' friends, starvation and tiny shacks for homes.

When girls attempted to run away, they were returned and repeatedly raped. If any girl caused too much trouble, they were killed.

Even when help arrived the girls were often forced to run from the Nigerian military as soldiers opened fire "indiscriminately" into Boko Haram camps.

Life for the girls was hard, but some have been released in exchange for Boko Haram leaders.

Now, after serious negotiations, 21 more girls have been released.

"It is confirmed that 21 of the missing Chibok girls have been released and are in the custody of the Department of State Services.

"The release of the girls in a limited number is the outcome of negotiations between the administration and Boko Haram brokered by the International Red Cross and the Swiss government. The negotiations will continue."

The girls were taken to Maiduguri in northeast Nigeria, where security services are keeping them safe.

None of the girls have been named yet but officials plan to release their names soon.

Prayer for the Intercession of the Blessed Virgin Mary

May we be assisted, we beseech Thee, O Lord, by the worshipful intercession of Thy glorious Mother, the ever-Virgin Mary; that we, who have been enriched by her perpetual blessings, may be delivered from all dangers, and through her loving kindness made to be of one heart and mind: Who livest and reignest world without end.
Amen.