Al Qaeda terrorists have slaughtered Christians in their latest attack in the Ivory Coast, killing 16 people, mostly vacationers, at a tranquil African resort. One child was spared only because he was able to recite an Islamic prayer. 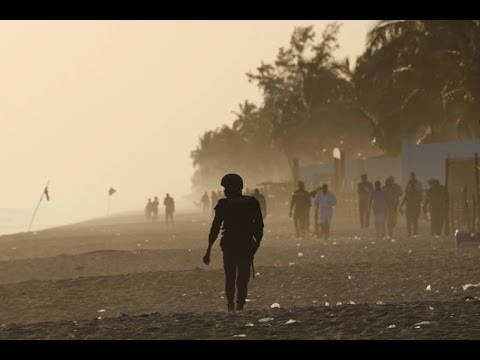 LOS ANGELES, CA (California Network) - Shouting "Allah Ackbar!" a squad of gunmen leapt onto the beach from a boat, then began rounding up and killing Christian tourists in the resort town of Grand Bassam in the Ivory Coast.

By the time security forces killed the terrorists, 14 tourists and two special forces personnel were dead, all of them presumably Christians.

At some point, witnesses say the gunmen captured a pair of children, one of them just five-years old. A gunman with a long beard threatened them. Both boys went to their knees in prayer, begging for their lives. The first boy knew an Islamic prayer by heart, so he was spared, but the five-year-old, being Christian, had no hope. The terrorist simply leveled his weapon at the child and coldly pulled the trigger.

Images of the aftermath showed bodies strewn across the beach, several of them believed to be French tourists. A short video clip taken by cellphone, shows tourists from the beach running through a resort, past a swimming pool, in an effort to escape.

Responsibility for the attack has been claimed by Al Qaeda in the Maghreb via social media. The four attackers arrived on the beach by boat, and were eventually killed by security forces. Grenades and clips of ammunition were left behind.

Ivory Coast is becoming a target for Islamic extremists who want to spread Islam around the globe. Previously confined to the desert regions of the Sahara, Muslims have recently started a campaign of aggressive, militant expansion into West and Central Africa.

Messages of concern and condolences have come in from around the world.

Tragically, militant Islam is once again on the march and will not be stopped unless resisted by force.