If you want your marriage to last, here's the secret according to science

Free World Class Education
FREE Catholic Classes
It's not the most positive news, but it's what the data reveals.

If you want your marriage to last, don't retaliate. That's the secret from studies which explored why some marriages work and others fail. 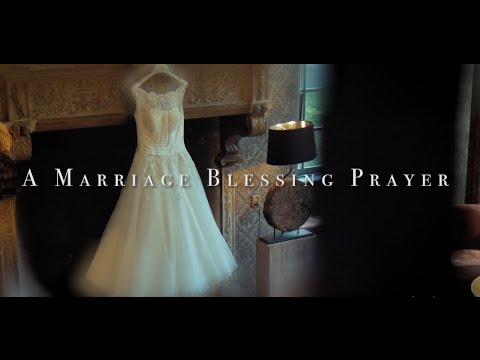 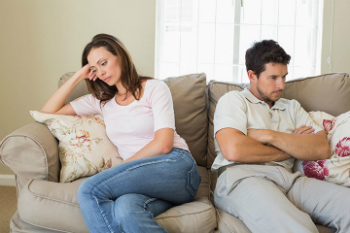 The cycle of retaliation erodes commitment to any marriage.

LOS ANGELES, CA (California Network) - The secret to a successful marriage is to refrain from retaliating against your spouse. That's the conclusion drawn from several studies about marriage and human psychology.

Remarkably, this is the advice given by Paul in Chapter 5 of the Letter to the Ephesians. Whoa, who would have thought?

But let's be specific. First, the bad news.

Generally, couples do not become happier over time. In fact, the vast majority of couples become miserable to some degree. This includes couples who are absolutely giddy over one another at the start. The reason for this is biological. The brain simply does not sustain the euphoria of new love for longer than a year or two. After that, especially as the married couple settles down, the mundane begins to take its toll.

Successful marriages survive anyway if both spouses commit. This means loving one another, even in the midst of hardship and turmoil. In other words, there's one thing that separates the winners from the losers in everything, from sports, to work, to marriage, and that's commitment to success.

But the big thing is retaliation.

Humans have an innate desire to repay what they receive. It's literally hardwired into our brains. And when we receive something negative, we feel compelled to pay it back. But this is the fatal flaw that researchers find makes the difference between long marriages and short ones.

Every couple fights. But not every spouse retaliates. Most do, but some don't. And that absence of retaliation seems to make a difference between a marriage that remains tolerable and one that becomes so miserable the two parties seek to end it.

Here's the scenario. One spouse upsets another and the other speaks out. This is where healthy communication skills come in. However, in the absence of those skills, or if one spouse is immature, the problem can quickly turn into a fight with both sides casting verbal barbs at one another. When these fights continue, or happen frequently, the marriage is eroded.

One way to diffuse these fights is to agree. Simply agree with your spouse that they are correct. It is a judo kind of approach, but it works all the time. Mentally, when a person does not meet resistance, it becomes difficult for them to keep fighting. Of course, the issue that started the fight still needs to be resolved. If it's a behavior issue, or a question of attitude, the spouse should seriously spend time in prayer and reflection and work to make changes. Don't worry about your spouse not changing to match. When your behavior changes, theirs cannot help but change in response. But pushing for equitable change, while certainly fair, can result in more argument and be counterproductive.

But when the spouse doesn't make changes, and when they retaliate with accusations and demands of the other, then the fabric of the marriage becomes strained. No marriage can sustain such constant pressure. Eventually, the relationship fails.

When fighting, both sides must avoid alienating their spouse, or burning bridges. Redemption must be quick and easy. And it helps a lot if both spouses are quick to apologize and willing to see their own faults and errors. Assuredly, we all have them. A spouse who is never wrong, who never apologizes, will be single before too long. Even if they remain married, they will be emotionally and physically cut off from their partner.

The cycle of retaliation must not be allowed to start, and where started, it must end immediately. The right or wrong of the situation is usually less important than the long-term success of the marriage.

Bear in mind, this does not apply to situations of verbal, physical, or emotional abuse. Situations like that require a different treatment, and possibly a legal remedy. Speak to your pastor immediately in such a case.

Researchers hope this information will help couples stay together and be happier. But it requires mutual commitment to a successful marriage. That commitment is best preserved if both spouses refrain from attacking one another, even when they disagree.