Another way to celebrate Mother's Day

On Mother's Day, 15 women gathered in a retreat center in New Jersey to memorialize the 46 children they had lost before birth, some through miscarriage but most through abortion. 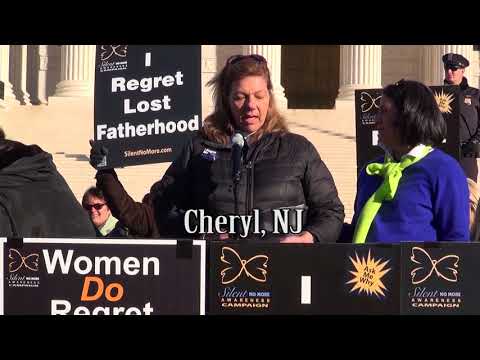 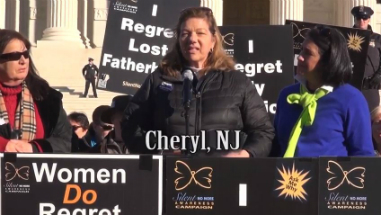 It might seem a strange way to celebrate Mother's Day, but for Cheryl Riley, the timing makes perfect sense. Mrs. Riley is the director of the Respect Life Office for the Archdiocese of Newark, and a facilitator for three Rachel's Vineyard retreats annually.

"Mother's Day is so hard for so many people that we always get a good crowd on these retreats," she said. Mrs. Riley said she usually likes to keep the number of people below 15, but she had so many callers, some at the last minute, and she didn't want to turn anyone away.

The women ranged in age from the mid-20s to the mid-50s. One mom was in her 70s. The tears and downcast glances so common on Friday nights, as the retreats begin, gave way to smiles and hugs by its conclusion on Sunday afternoon.
"One woman told me that she danced and laughed on Saturday night and that she hadn't done that in years," Mrs. Riley said. "What a transformation."

When the women were wished "Happy Mother's Day" on Sunday, they were able to think not only of their living children, but also the unborn babies they had lost.

Pro-abortion researchers and the fawning mainstream media that dutifully report their every utterance routinely push the lie that abortion does not negatively impact a woman's mental health.

A recent dustup over an Australian website's audacity in publishing a story on a study that found the opposite demonstrates just how far pro-aborts are willing to go to deny the truth. The site, MammaMia, reported that abortion trauma is real, but covered up. Within hours, after site administrators were bullied on social media, the story vanished.

But the backlash was fierce, and ridiculous. In the U.K., Clare Murphy of the British Pregnancy Advisory Service asserted in an interview that "post abortion trauma is a completely fabricated condition. It is a term used by those who are opposed to abortion to undermine the services that are available to women."

When in doubt, pro-aborts always whine about access to abortion, but what services are available to women is beside the point here. The fact is that Rachel's Vineyard and other post-abortion healing programs would not exist if grief did not follow abortion as certainly as night follows day.

For many women, the grief can be most acute on Mother's Day, even if they have other, living children.

Dr. Theresa Burke, founder of Rachel's Vineyard, said Mother's Day, which is set aside to honor the dignity of mothers, "is also a day that can link women to painful memories of loss and grief for little ones whom they never held or nursed, children who are not here to honor them on the day when the sacrifices and love of mothers are recognized with gratitude."

She described the retreat weekends as "precious opportunity to release tears and pain of decisions made long ago that sidestepped motherhood and all the love and family relationships that could have been."

While Mrs. Riley is a happily married mother of three and grandmother to one granddaughter, she still remembers the pain that followed her abortion at 19. Her boyfriend drove her to the abortion facility, and when she turned to him to say she couldn't go through with the abortion, he nudged her through the door.

"You wake up from the abortion and you just know that everything good inside you has died," she said. She and her boyfriend broke up after the abortion and she suffered in silence for decades until she found her way to Rachel's Vineyard.

Sacrificing her Mother's Day with the rest of her Rachel's Vineyard team is a price she willingly pays to bring healing to other mothers hurting from abortion.